CNN Wants You to Eat Bugs to Save the Planet 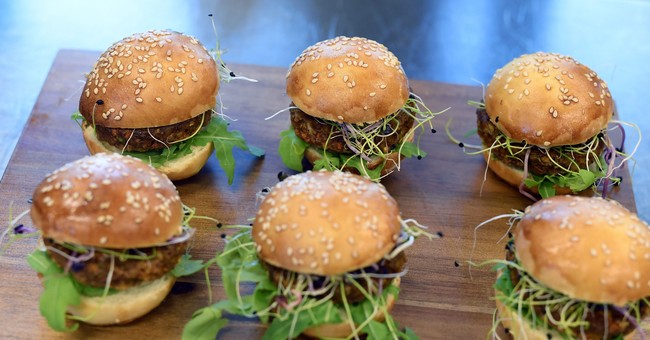 The world has found itself in a “mammoth environmental crisis,” and we will all have to dramatically alter our diets to reduce our impact on the Earth, CNN argues in a story advocating replacing beef consumption with bug consumption.

Discussing the UK’s new “bleeding” burger that is not made from meat, CNN has laid out a few options for getting away from “greenhouse-gas-intensive foods such as beef and toward healthier and more sustainable diets.”

Here are some foods you can eat to reduce your beef intake https://t.co/BNMFUwil3j pic.twitter.com/ddmB4uWXEs

Six-legged creatures already supplement the diets of 2 billion people in the world, predominantly in Asia, Africa and Latin America. But the trend is starting to creep into Western cuisine, with some restaurants offering insect-based menus and some mainstream European supermarkets starting to sell edible insect snacks or bug burgers.

Bug Foundation, a startup based in Germany, developed a burger made from mealworms that is now stocked in more than 1,000 supermarkets across Belgium, the Netherlands and Germany.

"If you compare insects with beef, for the same amount of protein, you need roughly 1,000 times less water, 10 times less feed and you emit up to 100 times less greenhouse gases," said Baris Özel, co-founder of Bug Foundation.

Springmann, who has carried out research on insects as an alternative to meat, agrees on the environmental benefits, but he is skeptical of the cost. "In high-income countries, insects are actually fairly expensive because they are such a niche product," he said. (CNN)

The article also recommended less extreme options, such as mixing meat with vegetables like mushrooms; replacing beef with chicken or pork; and ditching meat altogether.