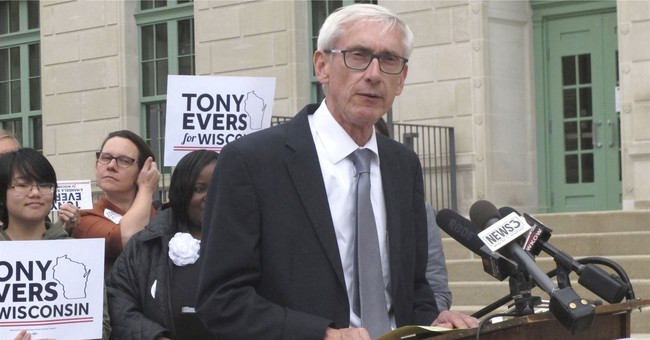 Wisconsin Democratic Gov.-elect Tony Evers, who defeated Republican Gov. Scott Walker in the November elections, is pushing back after Republicans in the state passed legislation that would curb his authority as governor.

There would be a new limit on early voting, which tends to benefit Democratic candidates, after an election that saw record-breaking turnout. Lawmakers, not the governor, would control the majority of appointments on an economic development board. The legislation would also prevent Mr. Evers from banning guns in the Wisconsin Capitol without permission from legislators.

The bills would also require Mr. Evers to get permission from lawmakers to seek adjustments on programs run jointly by federal and state governments, such as public benefit programs. The legislation would block Mr. Evers’s ability to withdraw the state from a lawsuit challenging the Affordable Care Act, a major campaign promise. [...]

The package of bills passed Wednesday take aim at the powers of not just the governor, but those of the newly elected Democratic attorney general, Josh Kaul. Under the legislation, the attorney general would need lawmakers’ approval to settle certain suits, and legislative leaders would be permitted to intervene and hire their own lawyers — in addition to the attorney general — if the constitutionality of a law was being challenged. The attorney general could no longer appoint a solicitor general to represent the state in major lawsuits, and would be restricted in how he spent settlement money, which lawmakers would now oversee. (NYT)

Evers said he hopes to convince Walker to veto the bills once they reach his desk, but if he's unsuccessful he will consider the legal options available to him to “make sure that this legislation does not get into practice.”

“Wisconsin has never seen anything like this,” Evers said in a statement Wednesday. “Power-hungry politicians rushed through sweeping changes to our laws to expand their own power and override the will of the people of Wisconsin who asked for change on November 6th.”

He continued: "Wisconsin should be embarrassed by this."

Assembly Speaker Robin Vos argued the move will balance the power between the executive branch and legislature.

“We have allowed far too much authority to flow to the executive,” Vos said. “To you this is all about politics. To me, it’s about the institution.”