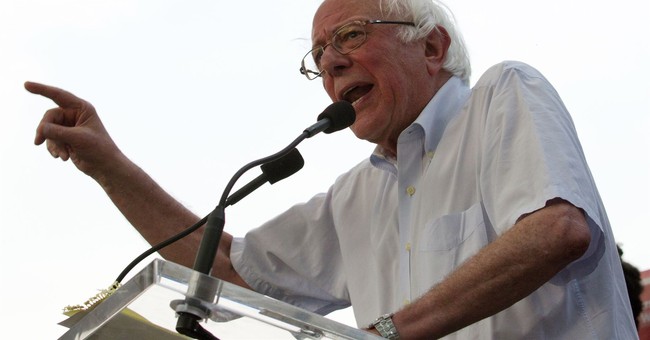 As one of the central issues of his 2016 presidential campaign, Sen. Bernie Sanders has referred to climate change as the “single greatest threat facing our planet.” It’s surprising, then, that the man so ostensibly concerned about burning fossil fuels spent nearly $300,000 on private air travel in just one month.

According to multiple reports, Sanders traveled to nine battleground states in October ahead of the midterm elections.

“This expense was for transportation for the senator’s nine-day, nine-state tour to support Democratic candidates up and down the ballot ahead of Election Day,” said Arianna Jones, senior communications adviser for Friends of Bernie Sanders.

“This cost covered the entirety of the tour from Indiana, Michigan, Wisconsin, Iowa, South Carolina, Colorado, Nevada, Arizona, California, and back to Vermont,” Jones continued. “The senator participated in 25 events.”

Jones said the charter jets were necessary so Sanders could campaign for candidates and get back to Vermont to join the state Democratic Party's campaign efforts. (FoxNews.com)

"Climate change is a planetary crisis. Our task is clear. We must take on the fossil fuel industry that’s largely responsible for global emissions and accelerate our transition toward energy efficiency and sustainable energy sources,” Sanders tweeted the same day the payment to Apollo Jets was made.

Jones told The Daily Caller that carbon offsets were purchased from NativeEnergy in response “to support renewable energy projects and invest in carbon reduction projects to balance out the emissions produced on the trip.”