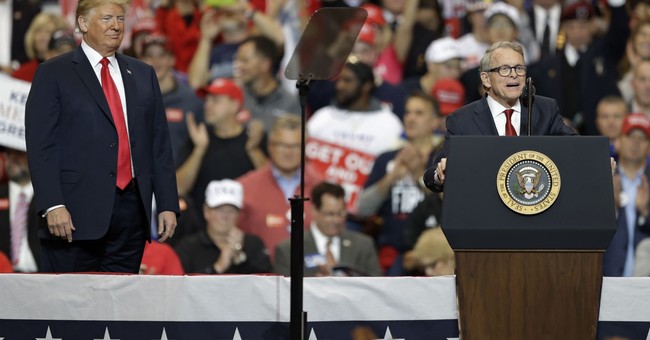 The Ohio gubernatorial election has been called for Republican Mike DeWine after what was the closest governor's race The Buckeye State has seen in at least 44 years.

DeWine and Democrat Richard Cordray were both familiar faces to Ohioans. DeWine has been involved in Ohio politics since the mid-1970s when he was first elected as Green County prosecutor. He also served in the Ohio state Senate as well as the U.S. House and Senate. In 2010, DeWine ran against and defeated incumbent attorney general Richard Cordray to become the state's attorney general.

Cordray, too, has been around the political block in Ohio, entering the scene in 1990 when he defeated incumbent state Rep. Don Gilmore. In the years afterward he served as the state's solicitor general, Franklin County treasurer, and, as noted above, Ohio attorney general. Then in 2012 he was chosen by former President Barack Obama to serve as the director of the Consumer Financial Protection Bureau until last November when he began his campaign for Ohio governor.

As The Toledo Blade noted in its endorsement of Cordray, the state was very lucky this midterm election to not only have a choice between two exceptionally qualified candidates who were tuned into the issues Ohio voters care about, but they are also both very good people. "Many states are not lucky enough to have such a choice," the editorial board wrote. They endorsed the Democrat, however, because they wanted change, as did other major Ohio newspapers such as the Cleveland Plain Dealer and Columbus Dispatch.

Among the issues the state is grappling with include a worsening opioid crisis, declining population, and lagging economy. Clearly Ohio voters disagreed with the papers that Cordray would be the best man to take on these issues.