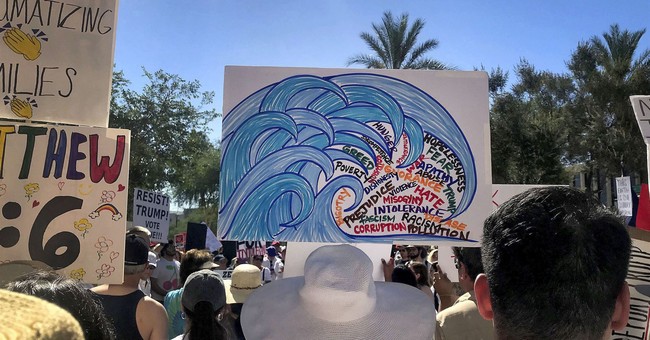 Robert Wolf, a former economic adviser to former President Obama, said Tuesday that there will not be the blue wave many are expecting.

"I like to tweet about the blue wave, but I don't think the blue wave's coming," Wolf said on Fox News’s "America's Newsroom," noting that if Democrats do take the House that it will be by 10 seats or less.

He said he believes the midterms will be more local than many are focusing on.

Wolf said he’ll be watching the gubernatorial races closely, believing Democrats could pick up 6 to 10 governorships, which could have a major impact on redistricting. Speaking with Fox News's Neil Cavuto, he said it could be as high as 12. Republicans currently hold 33 governorships, and Democrats hold 17. There are 36 gubernatorial seats up for grabs on Tuesday.

WATCH: @SandraSmithFox spoke with @robertwolf32 about Democrats hope to pull off the "blue wave" and flip the House, pick up Senate seats #nine2noon pic.twitter.com/EzW38MXFyI

.@robertwolf32: “There is a chance that the Democrats tomorrow take minimum 6, almost 12 governorships, which will be the biggest news of the day because it will change 2020.” #Midterms2018 #Cavuto https://t.co/PzJQMiIMLN pic.twitter.com/ycOJxenzDd