Grassley: Kavanaugh Vacancy on DC Circuit Can Be Filled This Year, But... 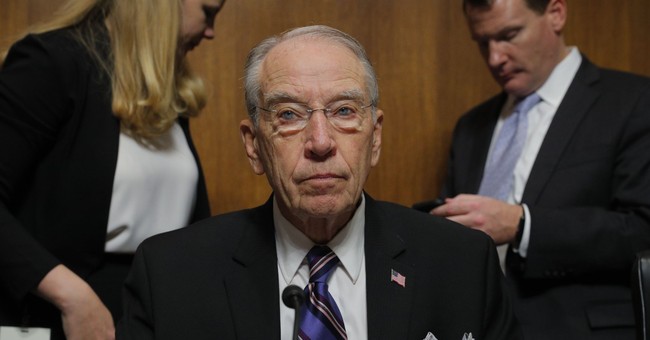 “Is there time for a nominee to come out of the White House and be confirmed by the end of the year for the D.C. Circuit nomination,” conservative radio host Hugh Hewitt asked Grassley on his program.

Just had @ChuckGrassley tell me that if WH sends a nominee for the Kavanaugh vacancy on the D.C. Cicuit this week, it can be acted on this year. Close strong @realDonaldTrump and Don McGahn. Second most important court in the U.S. (Hint: Neomi Rao.)

“If we received it right now, the answer is yes,” Grassley replied, “but just before Christmas. So it kind of depends upon how long we’ll be in session.”

The chairman said if Senate Majority Leader Mitch McConnell keeps the Senate in session, there could potentially be dozens of new federal judges.

McConnell has had a laser focus on reshaping the nation's circuit courts, so hopefully he heeds Grassley's advice.