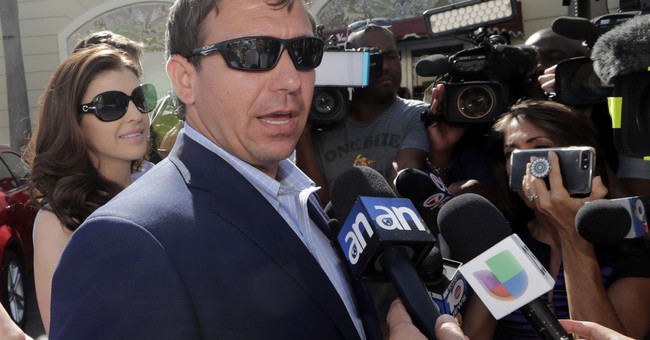 Republican Rep. Ron DeSantis resigned from his House seat on Monday to focus on Florida’s gubernatorial race where, as the Republican nominee, he will challenge Democrat Andrew Gillum in November.

In a letter to House Speaker Paul Ryan, DeSantis said it would be wrong to collect a salary as a lawmaker when he’d miss most of the remaining days in session.

“As the Republican nominee for Governor of Florida, it is clear to me that I will likely miss the vast majority of our remaining session days for this Congress,” DeSantis wrote. “Under these circumstances, it would be inappropriate for me to accept a salary.

“In order to honor my principles and protect the taxpayer, I officially resign from the House of Representatives effective immediately.”

While his resignation came Monday, DeSantis requested that it be made retroactive for Sept. 1 so that he would not collect any taxpayer money for the month of September.

In the letter, which he posted on Twitter, DeSantis said it had been an honor to serve Florida’s Sixth Congressional District, and listed just some of his accomplishments in office.

“I’ve had the honor to lead on important issues such as eliminating the Sexual Harassment Slush Fund for members of Congress, increasing protections for sexual assault victims in the military, and getting the PAWS Act to the floor for a vote later this month, which will provide much needed help for service members dealing with Post-Traumatic Stress,” he wrote. “I’ve also been proud to play a significant role in helping pass one of the largest tax cuts in our country’s history and moving the U.S. Embassy in Israel to Jerusalem.”

It has been an honor to serve the people of Florida's Sixth Congressional District. pic.twitter.com/j0SgILImyP

DeSantis is in a tight race with Gillum, who currently leads him by 2.5 percentage points, according to RealClearPolitics's average of polls.