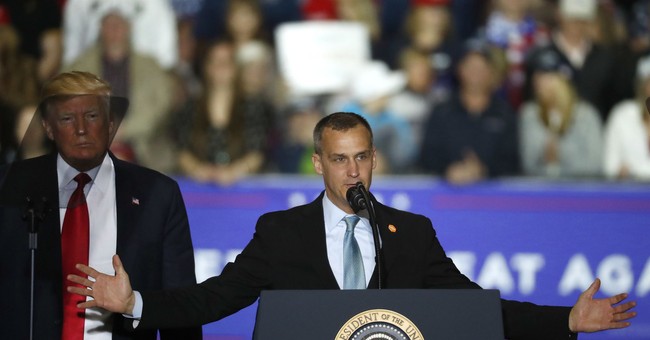 President Trump’s former campaign manager Corey Lewandowski said on “Fox News Sunday” that Michael Cohen didn’t play a role in the 2016 campaign, warning that he was “going to become a problem.”

"I didn't like to work with Michael, I didn't like to interact with Michael, and that's why he had no role in the campaign, even when he wanted one," he said. "I was very clear when I was in charge of the campaign, Michael was not somebody who we wanted at the campaign. He would go out and make statements that we had to walk back afterwards because he would say things which were factually untrue. I warned everybody at the organization that Michael was going to become a problem."

Lewandowski said those charges had nothing to do with the Trump campaign.

"There have been reports that you privately tried to get the president to back away from [Cohen]," said Fox News host Sandra Smith.

"You were warning [Trump] that [Cohen] was a loose cannon. But the president said at that time, at one point in time, that he was a good lawyer and he trusted him for a long time, now he's calling him a flipper. So why did the president trust Michael Cohen as long as he did?" she asked.

Trump has slammed Cohen for being a poor lawyer.

"If anyone is looking for a good lawyer, I would strongly suggest that you don't retain the services of Michael Cohen!" the president wrote following Cohen’s plea deal.

Editor's note: This article has been updated. A previous version incorrectly stated Martha MacCallum was the stand-in host for Chris Wallace on "Fox News Sunday."