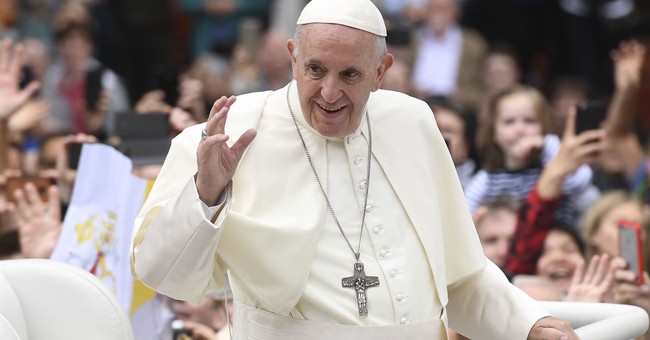 A former Vatican ambassador to the U.S. claimed on Sunday that Pope Francis knew about allegations of sexual abuse against a prominent priest but did nothing about it.

"In this extremely dramatic moment for the universal Church, he must acknowledge his mistakes and, in keeping with the proclaimed principle of zero tolerance, Pope Francis must be the first to set a good example to Cardinals and Bishops who covered up McCarrick's abuses and resign along with all of them," Archbishop Carlo Maria Vigano said in a statement.

The archbishop told CBS News he was speaking out "to combat the grave situation in the church, to protect the church and also to stop future abuse."

Vigano, who retired in 2016 at age 75, described an exchange with Francis on June 23, 2013, shortly after he became pope. It involved Cardinal Theodore McCarrick, the former archbishop of Washington, D.C., who resigned last month over claims he sexually abused seminary students and an altar boy.

Vigano writes that he told Francis about the allegations: "HolyFather, I don't know if you know Cardinal McCarrick, but if you ask the Congregation for Bishops there is a dossier this thick about him. He corrupted generations of seminarians and priests and Pope Benedict ordered him to withdraw to a life of prayer and penance."

Vigano writes the pope did not respond to the statement, and McCarrick continued in his role as a public figure for the church. (CBS News)

"Pope Francis has repeatedly asked for total transparency in the Church," Vigano added. "He must honestly state when he first learned about the crimes committed by McCarrick, who abused his authority with seminarians and priests. In any case, the Pope learned about it from me on June 23, 2013 and continued to cover him."

“I read the statement this morning, and I must tell you sincerely that, I must say this, to you and all those who are interested: Read the statement carefully and make your own judgment,” he said aboard the papal plane. “I will not say a single word on this.”

He called on the journalists to “draw [their] own conclusions.”

“When some time passes and you have drawn your conclusions, I may speak. But I would like your professional maturity to do the work for you. It will be good for you,” he told the press.