The Vatican Has Responded to the Pennsylvania Priest Abuse Scandal 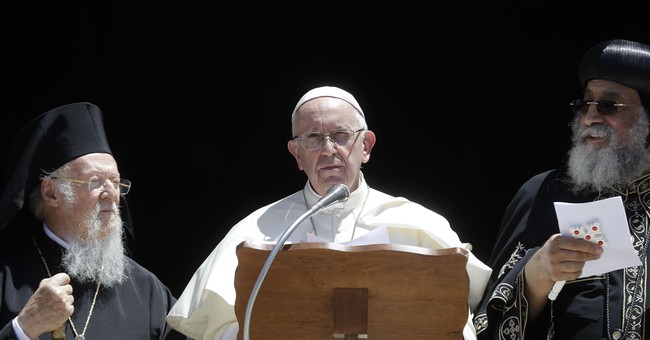 The Vatican responded on Thursday to the report that hundreds of priests in Pennsylvania sexually abused more than 1,000 children over decades, saying it felt “shame and sorrow” over these findings.

“The abuses described in the report are criminal and morally reprehensible,” the Vatican statement said of the grand jury report about “predator priests” and the church officials who were accused of covering up allegations. “Those acts were betrayals of trust that robbed survivors of their dignity and their faith. The church must learn hard lessons from its past, and there should be accountability for both abusers and those who permitted abuse to occur.”

“Victims should know that the pope is on their side,” the statement continued. “Those who have suffered are his priority, and the church wants to listen to them to root out this tragic horror that destroys the lives of the innocent.”

Pope Francis himself wasn't quoted in the statement, and there was no mention of demands in the United States among some Catholics for the resignation of Cardinal Donald Wuerl, the archbishop of Washington. Tuesday's report accused Wuerl of helping to protect some child-molesting priests while he was bishop of Pittsburgh from 1988 to 2006.

Over the course of a two year investigation, launched by Pennsylvania Attorney General Josh Shapiro's office, a grand jury heard several witness statements and reviewed documents from six dioceses in the state.

Most of the Pennsylvania victims were boys, but girls were abused, too, the report said. […]

In nearly all of the cases, the statute of limitations has run out, meaning that criminal charges cannot be filed. More than 100 of the priests are dead, and many others are retired or have been dismissed from the priesthood or put on leave. (FoxNews.com)

"The cover-up was sophisticated. And all the while, shockingly, church leadership kept records of the abuse and the cover-up," Shapiro said during a news conference on Tuesday. "These documents, from the dioceses' own 'Secret Archives,' formed the backbone of this investigation."

According to the report, the true number of victims could be “in the thousands” given the possibility of missing records or some victims being afraid to speak out.

"The Holy Father understands well how much these crimes can shake the faith and the spirit of believers and reiterates the call to make every effort to create a safe environment for minors and vulnerable adults in the Church and in all of society,” the statement added.