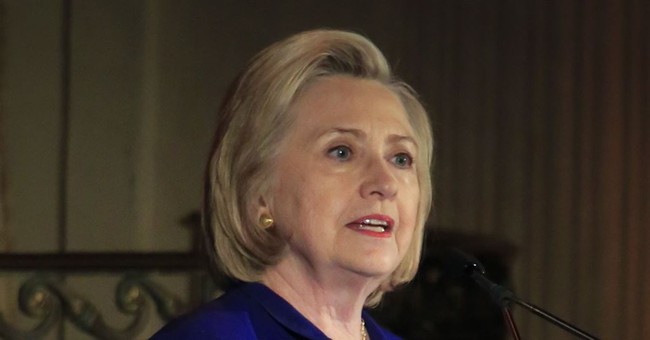 President Trump on Thursday tweeted out part of an old interview with Hillary Clinton during which she argues a “strong Russia” is in the world’s best interest.

“We want very much to have a strong Russia because a strong, confident, prosperous, stable Russia is, we think, in the interests of the world,” Clinton says in the 2010 interview with First Channel Television, which is partially owned by the Russia government, according to The Hill.

The president tweeted the video along with the caption: “Will the Dems and Fake News ever learn? This is classic!”

Will the Dems and Fake News ever learn? This is classic! pic.twitter.com/kSX3ROI4QG

Clinton was asked by interviewer Vladimir Pozner about “America’s place in the modern world” when she made the comments.

“It’s both in this way, Vladimir. It is a force to sustain an equilibrium that permits countries and individuals to progress, to become more self-realizing,” she said. “I mean, we want very much to have a strong Russia because a strong, competent, prosperous, stable Russia is, we think, in the interests of the world.”

“But at the same time, there are countries and places where the status quo is just not acceptable,” she added. “Last summer, I went to the Democratic Republic of Congo. I went to Eastern Congo where 5.4 million people had been killed in the last 15 years, the greatest death toll since the second world war. We don’t want that status quo to be sustained.”

Clinton was quick to respond, pointing out that her comments were made when Dmitry Medvedev was president.

That’s a clip from when Medvedev was president. Here’s what I said about Putin’s Russia. pic.twitter.com/a0bIeg1kZ4

In the video she posted in her message, which was taken just days before the 2016 presidential election, Clinton says: “We are dealing with something unprecedented in the history of our country. A foreign adversary trying to influence our presidential election — and that should scare everybody.”