Shulkin Claims He Was Fired, White House Insists He Resigned -- Here's Why It Matters 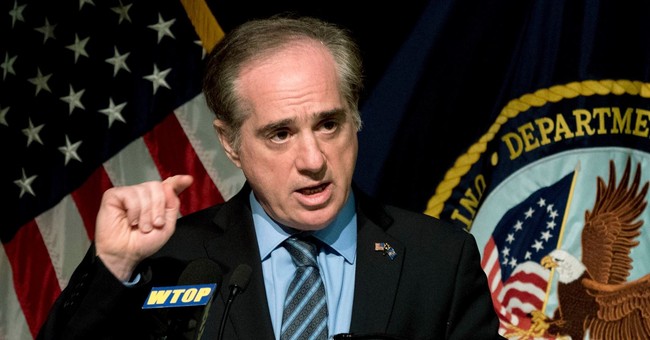 Former Veterans Affairs Secretary David Shulkin said Sunday he did not resign from his position as the White House claims.

Wanting to confirm what Shulkin was saying, Tapper again asked if he was fired.

Shulkin replied: “I did not resign.”

The White House insists that he did, however.

White House spokeswoman Lindsey Walters told Politico and the Associated Press that "Secretary Shulkin resigned from his position as Secretary of the Department of Veterans Affairs."

Here’s why it matters:

In announcing the removal of Shulkin as VA secretary, Trump tapped Defense Department official Robert Wilkie as the acting leader of the department, bypassing Shulkin’s deputy, who was next in line to succeed him. That decision has reignited a debate among legal experts about the president’s ability to hand-pick replacements for ousted Cabinet secretaries.

The debate centers on vague language in the Federal Vacancies Reform Act of 1998, which gives the president broad authority to temporarily fill a vacancy at a federal agency with an acting official if the current office holder “dies, resigns, or is otherwise unable to perform the functions and duties of the office.”

But some legal experts note that the law does not explicitly grant that authority to the president in the case of firings. That could make Trump’s decision to appoint Wilkie, the under secretary of defense for personnel and readiness, as acting VA secretary a potential test of the president’s authorities under the act.

And it means that any formal actions Wilkie takes as acting secretary could face a legal challenge that might stall sorely needed reforms and modernizations at the troubled agency. (Politico)

Shulkin lamented his departure in an op-ed he published in The New York Times the day of his departure. In the piece, he outlined the many successes the agency had under his leadership, but said they "have intensified the ambitions of people who want to put V.A. health care in the hands of the private sector."

While he went on to argue he believes in vigorous debate regarding the issue, the Trump administration officials who believe in privatizing the VA reject this approach. "They saw me as an obstacle to privatization who had to be removed. That is because I am convinced that privatization is a political issue aimed at rewarding select people and companies with profits, even if it undermines care for veterans," he said.

The White House also refuted this claim about privatization.

"No one is talking about privatizing the VA,"  told Politico in an email.

In addition to his misuse of taxpayer money during an extravagant trip to Europe with his wife, which included accepting tickets to Wimbledon, Shulkin's departure comes after a critical Inspector General report citing "failed leadership at multiple levels" at the VA.