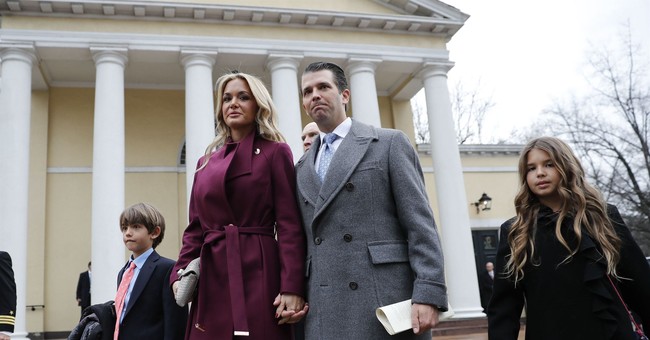 "After 12 years of marriage, we have decided to go our separate ways. We will always have tremendous respect for each other and our families. We have five beautiful children together and they remain our top priority. We ask for your privacy during this time,” the couple said in a statement.

According to Page Six, the two have been having martial problems for awhile.

One source told us, “The problems have been there for a long time, the couple had hoped to stay together during the president’s time in office, but it is getting harder to resolve their issues. He’s never there.”

BREAKING: The president’s daughter-in-law has filed for divorce https://t.co/Q64b5U4cwV

Another of the paper’s sources said Vanessa “by nature is a very low-key person, and she is uncomfortable with the attention her family is getting now the Trumps are on the world stage.”

Last month she was sent to the hospital after opening a threatening letter addressed to their Manhattan apartment that contained white powder inside. While it has not been determined what the substance was, it was deemed non-hazardous.

After the incident Donald Trump Jr. tweeted that he was “thankful that Vanessa & my children are safe and unharmed after the incredibly scary situation that occurred this morning. Truly disgusting that certain individuals choose to express their opposing views with such disturbing behavior.”