Now the EU Is Proposing Punitive Tariffs Against US Goods 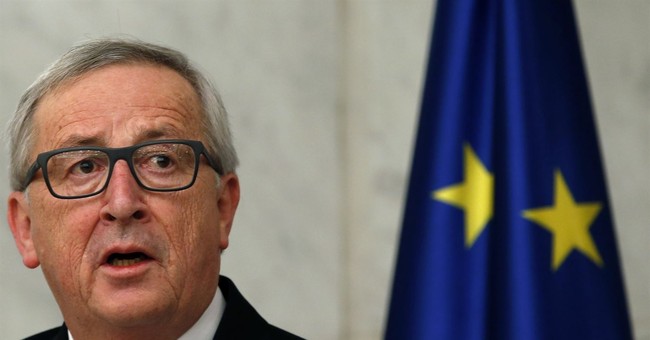 It didn’t take long for the European Union to prepare retaliatory taxes on a number of U.S. goods after President Trump announced his intention to impose tariffs on steel and aluminum imports.

If Trump follows through with the tariffs, the U.S. goods that could be affected include agricultural goods like corn, steels products, and consumer items such as motorcycles, cosmetics, jeans, bourbon whiskey, and more. In all, the products are valued at more than 800 million euros.

Some of the consumer items would target those in the GOP heartland.

Paul Ryan, Republican speaker of the House of Representatives, comes from the same state -- Wisconsin -- where motorbike maker Harley-Davidson Inc. is based. Earlier this week, Ryan said he was “extremely worried about the consequences of a trade war” and urged Trump to drop his tariff proposal.

Harley-Davidson has responded to the EU’s threat, saying in a statement: “Import tariffs on steel and aluminum will drive up costs for all products made with these raw materials, regardless of their origin. Additionally, a punitive, retaliatory tariff on Harley-Davidson motorcycles in any market would have a significant impact on our sales, our dealers, their suppliers and our customers in those markets."

Approximately 16 percent of the company’s sales are to Europe.

European Commission President Jean-Claude Juncker will discuss the “countermeasures” with his leadership team on Wednesday.

AshLee Strong, spokeswoman for Rep. Paul Ryan, said the House Majority Leader is "extremely worried about the consequences of a trade war and [is] urging the White House to not advance with this plan."