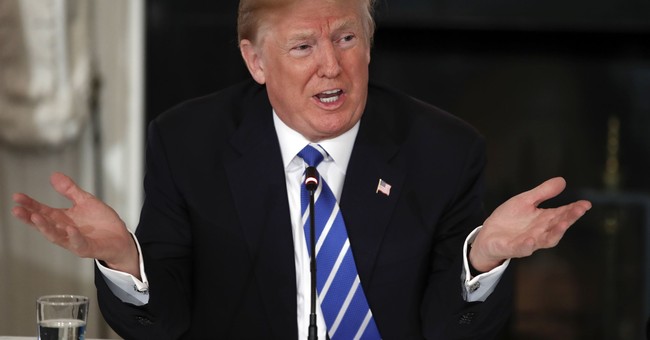 The psychiatrist who met with lawmakers about President Trump’s mental state is now reporting him to authorities as a “dangerous” threat.

"We have an analogous situation with a dangerous leader who has access to far more lethal weapons than an AR-15," Yale University psychiatrist Bandy X. Lee wrote in an op-ed for the New York Daily News Monday. "Following the President’s words, I am reporting again to authorities, both as a citizen and a mental health professional, and making a record here."

By "authorities" she explained she was referring to Congress and the American people.

Lee's comments come after Trump said after the Florida school shooting that people should report suspicious individuals to the authorities.

“So many signs that the Florida shooter was mentally disturbed, even expelled from school for bad and erratic behavior. Neighbors and classmates knew he was a big problem. Must always report such instances to authorities, again and again!” he tweeted Thursday.

In her op-ed, Lee pointed to Trump’s remarks caught on the Access Hollywood tapes, his claim on the campaign trail that he “could stand in the middle of Fifth Ave. and shoot somebody, and I wouldn’t lose voters,” his comment about bringing back waterboarding, and more.

“These are clear statements and acts of verbal aggression, sexual aggression, incitement to violence, endorsement of violence, encouragement of assassination, promotion of violent imagery, and actual threats and taunting of a hostile nation with nuclear power,” she wrote.

“Considering Mr. Trump as one of the authorities, I am following his words to say: Mr. President, please submit to a proper examination. If you do not wish to, you can always resign,” Lee added.

Lee spoke with a group of Democratic lawmakers and one GOP senator in December about Trump’s mental state. She has not examined Trump, but has repeatedly questioned his mental states.

In the new op-ed, she listed reported instances of Trump invoking violence in his remarks, including his “grab them by the p---y” quotation from the “Access Hollywood” tape and his statement that he “could stand in the middle of Fifth Ave. and shoot somebody, and I wouldn’t lose voters.”

Even though she has not personally examined him, Lee met with more than a dozen lawmakers in December about the president’s mental state, warning them that he was “going to unravel, and we are seeing the signs.”

Lee and other's outspoken analysis of Trump's mental fitness in the wake of Michael Wolff’s latest book, “Fire and Fury” prompted a response from the American Psychiatric Association reminding members of its profession that they should never give their professional opinions about public figures—especially if they haven’t personally examined them.