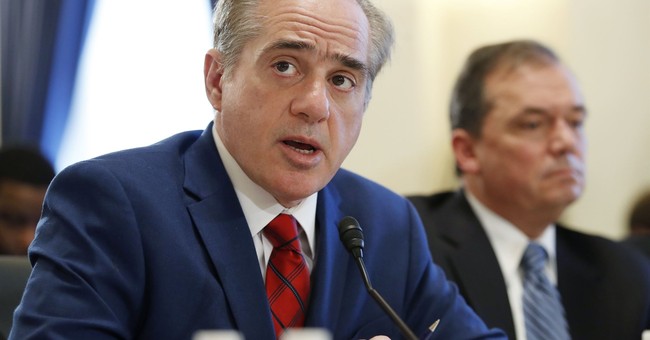 Veterans Affairs Secretary David Shulkin promised to pay the government back for expenses related to his wife’s trip to Europe, but rejected calls to resign after a watchdog report revealed his attendance at a Veterans Affairs summit quickly turned into a “sightseeing” trip.

The inspector general report revealed “serious derelictions” by Shulkin and his staffers leading to “poor judgment and/or misconduct.”

The secretary’s top aide was discovered to have doctored emails to make it appear as though Shulkin was receiving “special recognition” at the summit in order to justify his wife’s travel to Denmark on the taxpayer’s dime, amounting to more than $4,000.

In a testimony in Congress, Shulkin insisted the trip to Europe was necessary but the “optics of this were not good.”

Republican Rep. Mike Coffman of Colorado, a member of the committee, scoffed at the explanation, saying “It’s not the optics that are not good.”

Coffman was among the leading voices calling for Shulkin’s ouster from his position. “It's exactly corruption and abuses like this that doesn't help our veterans,” the lawmaker tweeted earlier this week, adding that Shulkin “must resign now.”

This is not the first time an official in the Trump administration came under fire for unauthorized taxpayer-funded trips. Former health secretary Tom Price was forced to resign in September after questions over his use of private jets for government trips.

The total cost of the 10-day trip in July last year was at least $122,000, the report found. Shulkin reportedly attended meetings in London and Copenhagen concerning veterans’ issues.

But the overseas trip also included “significant personal time for sightseeing and other unofficial activities” at taxpayers’ expense, including a tour of Westminster Abbey, a cruise on the Thames River, and attending the women’s final at Wimbledon tennis tournament with American Venus Williams. (Fox News)

While he agreed to comply with the IG recommendations--paying the cost of the air travel and Wimbledon tickets--he nevertheless slammed the report and investigation as a “direct assault on my spouse, my character, and my unblemished record of service to the Veterans Affairs Administration,” and blamed Trump appointees in his office of working against him.

"In retrospect, I wish I had asked additional questions of my staff," he told the Military Times. "There was no intention of misusing government money. I relied upon my staff to make certain decisions."