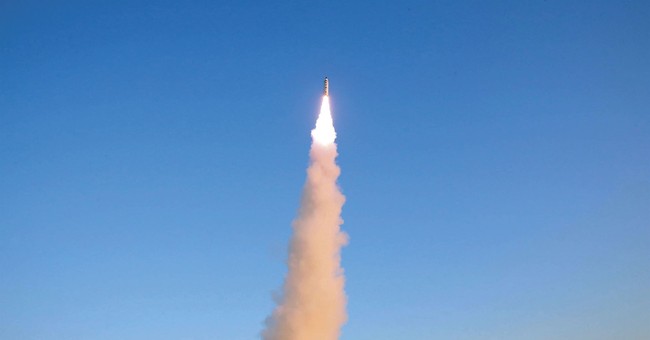 Days after a government official in Hawaii accidentally issued a missile alert, a broadcaster in Japan did the same thing.

“North Korea appears to have launched a missile ... The government urges people to take shelter inside buildings or underground,” the alert sent by NHK read, Reuters reports.

The alert was corrected soon after.

Just received an alert from NHK “NK appears to have fired a missile, evacuate inside a building”- 5min later it said it was a false alarm pic.twitter.com/IgMWHRaJu2

"The news alert sent earlier about NK missile was a mistake. No government J alert was issued,” the broadcaster said on-air.

The mistake comes days after Hawaiian residents received an alert about an incoming ballistic missile.

“BALLISTIC MISSILE THREAT INBOUND TO HAWAII. SEEK IMMEDIATE SHELTER. THIS IS NOT A DRILL,” the alert stated, prompting widespread panic.

That false alarm was not corrected for another 38 minutes, however.

The Hawaii Emergency Management Agency employee was supposed to choose the option “test missile alert” from a drop-down menu, but accidentally chose “Missile alert” instead.

The employee has since been reassigned.

“All we will say is that the individual has been temporarily reassigned within our Emergency Operations Center pending the outcome of our internal investigation,” Richard Rapoza, spokesman for the Hawaii Emergency Management Agency, told NBC News.

“Based on the information we have collected so far, it appears that the government of Hawaii did not have reasonable safeguards or process controls in place to prevent the transmission of a false alert,” Pai said in a statement. “Federal, state, and local officials throughout the country need to work together to identify any vulnerabilities to false alerts and do what’s necessary to fix them. We also must ensure that corrections are issued immediately in the event that a false alert does go out.”