US Considers Withholding Hundreds of Millions in Aid to Pakistan 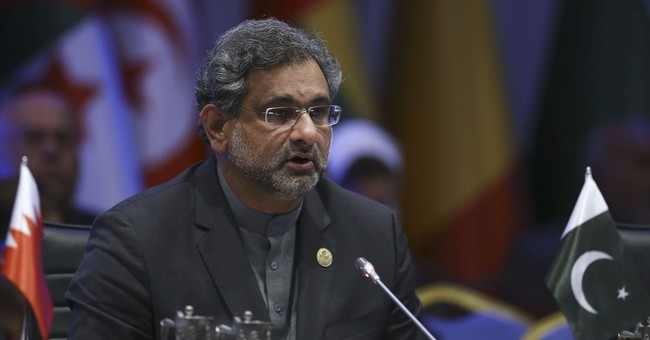 Growing tired of Pakistan’s handling of terror groups, the Trump administration is mulling whether to withhold $225 million in aid, The New York Times reported Friday.

The Times provided the recent example of Pakistani forces refusing to hand over a member of the Haqqani network who was one of the abductors of the Canadian-American family released this fall. The U.S. thought he’d be a valuable intelligence asset and wanted access to him, but those requests were denied. This, the paper argued, was just one recent example of the strained relations between the two countries, particularly on counterterrorism cooperation.

The aid was already delayed once, in August, and the administration will reportedly make a final decision about the money in the coming weeks.

The Trump administration has foreshadowed a cutoff in recent days with harsher language. Last week, in announcing his national security strategy, Mr. Trump again singled out Pakistan for criticism. “We make massive payments every year to Pakistan,” he said. “They have to help.”

Vice President Mike Pence reinforced that message in a visit to Afghanistanjust before Christmas, telling cheering American troops that “President Trump has put Pakistan on notice.” The reaction of his audience was notable, analysts said, since the Pentagon has historically been one of Pakistan’s defenders in Washington because of its longstanding ties to the Pakistani military.

What Pakistan would need to do to receive the money remain to be seen, however.