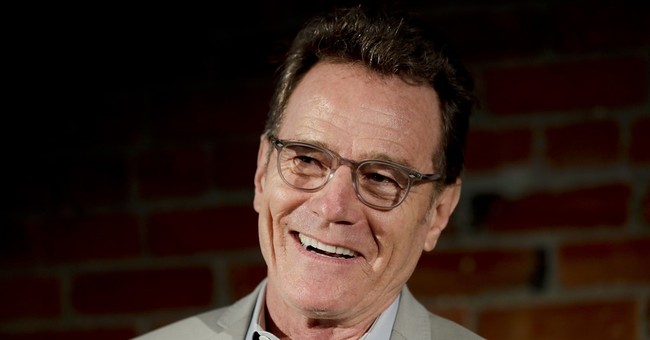 Actor Bryan Cranston certainly isn’t on the Trump train, but he also has some choice words for people who actively want the commander in chief to fail: “F*** you.”

“President Trump is not the person who I wanted to be in that office, and I’ve been very open about that. That being said, he is the president,” Cranston told The Hollywood Reporter.

“If he fails, the country is in jeopardy. It would be egotistical for anyone to say, ‘I hope he fails,’” he added. “To that person I would say, f--- you. Why would you want that? So you can be right?”

The former “Breaking Bad” star supported Hillary Clinton in the 2016 election, going so far as to say he’d “definitely move” if Trump became president—but now that he did, he wants Trump to do well.

"I honestly do [want Trump to succeed,” he said. “And if you’ve got a good idea that helps the country, oh man, I’m gonna support you.”

People should put politics aside in this case, he explained.

“I don’t care if you’re a Republican and I’m a Democrat or whatever, I don’t care. A good idea’s a good idea. Let’s do that,” Cranston continued. “We’ve got to get away from this idea that our country is political football, and someone with a different opinion is the enemy. Assume they love this country as much as you do, and there’s always room for improvement. How can we make it better?”

It's unfortunate not everyone shares this opinion.

Not only are many on the left actively rooting for Trump to fail, but conservative radio host Rush Limbaugh has even argued the GOP establishment doesn't want him to succeed either.

"I'm not exaggerating here. ... They don’t want [and] they can’t afford for him to succeed with his agenda. They can’t afford it," Limbaugh said during an interview with Fox News's Sean Hannity last month."The joke is revealed if an outsider with no prior political experience can come in and fix messes that people have been promised would be fixed for 30 years. How does that make them look? They can’t allow that to happen.”