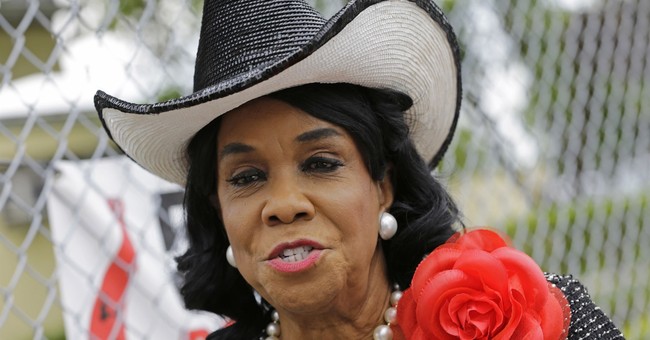 “Not only does he owe me an apology, but he owes an apology to the American people,” Wilson said Sunday on MSNBC’s “AM Joy” referring to Kelly, whom she also referred to as a “puppet of the president.”

Wilson said she overheard parts of a call President Trump made to the widow of Army Sgt. La David Johnson, Myeshia Johnson, one of the four U.S. soldiers killed in the African nation after being ambushed by ISIS forces.

According to the Florida Democrat, Trump made insensitive remarks, telling the widow that her husband knew “what he signed up for, but I guess it still hurts.”

Kelly, who lost a son in combat, sought to explain what exactly happens when a member of the U.S. military is killed in combat, how they are brought home, and the advice he gave Trump when making the difficult phone call to their families. He also criticized Wilson for sharing the contents of the call, and said he was “stunned” she would “have listened in on that conversation.”

“I would have thought that was sacred,” he said.

At one point during his remarks Kelly referred to the congresswoman as an “empty barrel,” which was of course interpreted as “racism” to the Democrat.

On Sunday Wilson also demanded answers to what happened in Niger after Johnson's body was found nearly a mile away from the scene of the ambush.

On Twitter, Wilson referred to the soldiers’ deaths in Niger as “Trump’s Benghazi.”

"Niger is @realDonaldTrump's Benghazi. He needs to own it," the Florida Democrat tweeted.