Dem Rep on Avoiding Sexual Assault: Women Have ‘Responsibility’ to Not Appear ‘Inviting’ 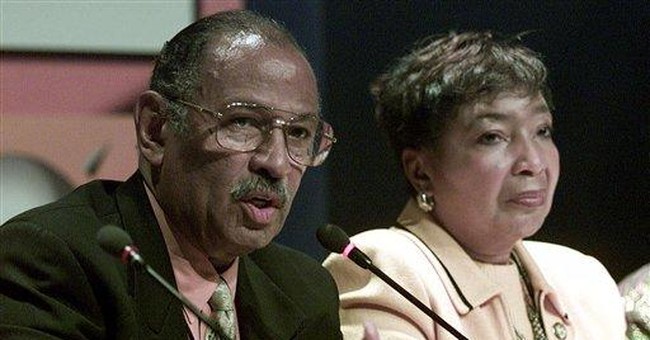 While the vast majority of people have condemned producer Harvey Weinstein in the wake of numerous allegations of sexual assault, rape, and harassment, there have been a few who’ve stepped forward to defend him, some even going so far as to suggest the woman may have been partly to blame.

In addition to people like Donna Karen who said the accusers may’ve been “asking for it,” Democratic Rep. Eddie Bernice Johnson also believes women have a “responsibility” to avoid sexual assault by not appearing “inviting.”

"I grew up in a time when it was as much the woman's responsibility as a man's—how you were dressed, what your behavior was," the Texas legislator told Dallas' local NBC5.

"I'm from the old school that you can have behaviors that appear to be inviting. It can be interpreted as such," she continued. "That's the responsibility, I think, of the female."

The reporter interviewing Johnson asked if she believed it was time to stop talking about what women supposedly did to invite the abuse, and start asking about the power men have over these women.

Her answer didn’t get any better.

"I think we also need to start talking about the power that women have to control the situation," Johnson responded.

"There's law enforcement, you can refuse to cooperate with that kind of behavior. I think that many times, men get away with this because they are allowed to get away with it by the women," she concluded.

She's not going to get a pass on this one from either those on the left or the right, but you can be certain if a Republican member of Congress made such an argument they'd be lambasted to no end.

Update: The lawmaker issued a statement walking back the comments.

"My comments regarding behavior and attire come from an old school perspective that has shaped how some of us understand the issue, but that does not detract from the fact that criminals need to be held accountable for their actions," she said in a statement.

Share this on Facebook
Tweet
NYT Columnist's Op-Ed About Liz Cheney Shows How the Left Really Feels About Her...And It's Not Shocking
Matt Vespa
Guys, If Only Someone Made Ma'Khia Byrant a Sandwich, She Might Be Alive Right Now
Matt Vespa
Biden's Top DOJ Nominee Tries to Clean Up Her Support of the Jussie Smollett Hoax
Katie Pavlich
'No More Masks!': School Board Adjourns Early After Meeting Becomes Heated Over COVID Restrictions
Julio Rosas