Clinton Denies Weinstein Gave Her 'A Lot' of Money 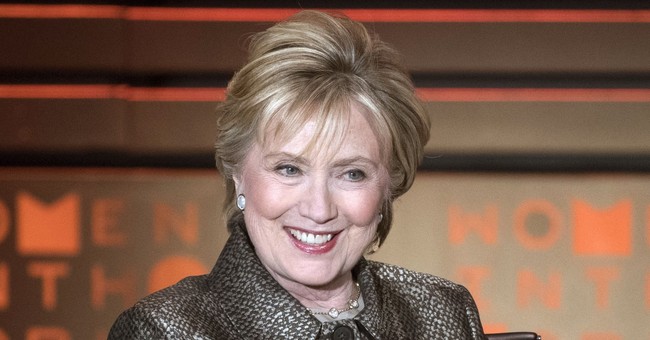 Channel 4’s Matt Frei broached the subject of Weinstein with Clinton, noting that he is a friend of hers. Clinton shook her head in agreement.

“He gave lots of money to your campaign over time,” he said, but Clinton interjected: “not a lot, but he gave money.”

“How much,” Frei wanted to know.

In reality, the movie mogul donated $46,350 to Clinton during her presidential candidacy and to HILLPAC, a political action committee she used while she was in the Senate to support other Democrats, the Associated Press reported.

But the donations didn't stop there. Weinstein also gave large sums of money to the Clinton Foundation-- between $100,001 to $250,000 through June 2017, the official website states.

Clinton told Frei she plans to give the money back to charity. Other Democrats plan to as well.

Congressional Democrats, Senate Minority Leader Chuck Schumer and potential 2020 presidential contender Sen. Elizabeth Warren among them, are starting to give charities thousands of dollars in donations they had received from disgraced Hollywood titan Harvey Weinstein.

Weinstein and his family have given more than $1.4 million in political contributions since the 1992 election cycle, virtually all of it to Democratic lawmakers, candidates and their allies, according to the nonpartisan Center for Responsive Politics.

The party's effort to separate itself from the 65-year-old film executive came after The New York Times reported that he settled sexual harassment lawsuits with at least eight women. (AP)

The former Democratic presidential nominee also denied knowing the rumors about Weinstein, even though he is a friend.

“All I can tell you is I did not hear those things,” she said.

Hillary Clinton says she “did not hear” the rumours about Harvey Weinstein, who donated thousands of dollars to her campaign. pic.twitter.com/9tVheBQ7WB