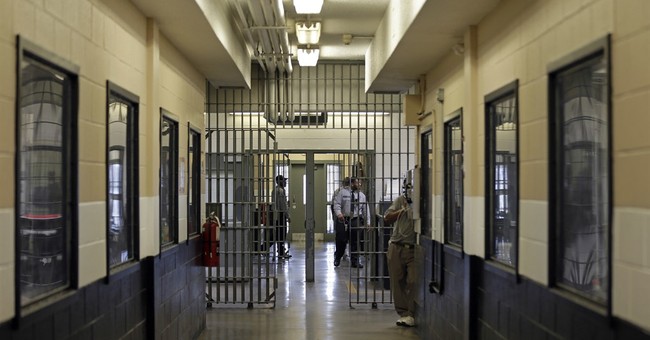 The Category 4 hurricane caused upwards of $200 billion in damage in Texas, and the criminals wanted to do their part to help clean up the Lone Star State.

Roughly 6,600 prisoners donated more than $53,000 to the American Red Cross, according to Dallas News.

Inmates made small-dollar donations of $8 dollars on average, but some gave hundreds of dollars.

It's not the first time prisoners have pitched in to help following a natural disaster. The first time, Clark said, was after Hurricane Katrina struck Louisiana in 2005. Inmates also donated to victims of Hurricane Rita in Texas the same year.

Clark said inmates asked prison officials how they could help.

"They were requesting to donate money," he said. (Dallas News)

Their allowance of $95 dollars comes every two weeks to purchase personal hygiene items, for example.

Many prisoners and officers are also helping repair facilities that were damaged by the storm.

“They had us take down sheetrock, and this whole floor was just like dark brown,” said inmate Trusty Adam Hernandez, reports Dallas News. “You couldn’t even see the floor.”

Nearly 7,000 prisoners had to be evacuated across the state because of flooding, and many employees of the facilities lost their homes.

“There were literally people who worked through the storm and didn’t have a home to go back to,” Texas Department of Criminal Justice executive director Bryan Collier told the Dallas News.