Las Vegas Shooter Was a Multimillionaire 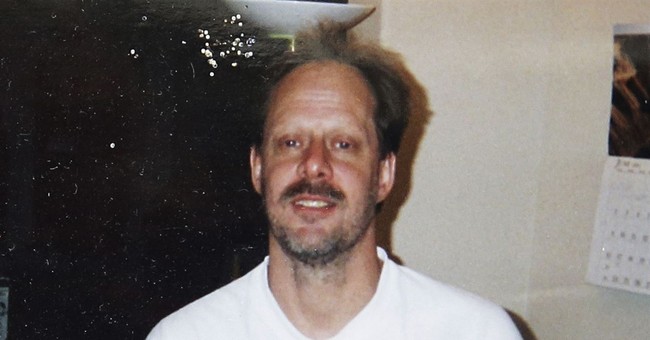 While the motive behind Stephen Paddock’s attack on concertgoers in Las Vegas Sunday is still unclear, some details about the shooter’s background are beginning to be made known.

Eric Paddock said his brother, Stephen Paddock, was a multimillionaire who made much of his fortune in real estate investment. He had also been an accountant for several years.

He said he was unaware of whether his brother had any financial problems lately, but he was a big spender at casinos.

“He was a guy who had money. He went on cruises and gambled,” Eric Paddock said, noting that his brother recently sent a walker by mail to his 90-year-old mother in Florida.

Eric repeatedly said the family was “completely dumbfounded” by the news of what Stephen Paddock had done.

“We don’t understand,” he told the Orlando Sentinel. “We are shocked. We are horrified.”

While Eric told reporters it’s his brother’s fault, they wanted to know where he got a machine gun.

“He has no criminal record, no affiliations with anything,” he said.

The Washington Times has more details about the shooter:

Authorities in Texas said Stephen Paddock lived in a Dallas suburb from 2004 to 2012. He had previously lived in the Orlando, Florida, area.

Paddock was divorced 27 years ago after six years of marriage, and did not have children. His ex-wife lives in Los Angeles County, California, and has had no contact with him in years, authorities said.

Defense contractor Lockheed Martin released a statement saying Paddock worked for the company in the 1980s.

“Stephen Paddock worked for a predecessor company of Lockheed Martin from 1985 until 1988,” the company said. “We’re cooperating with authorities to answer questions they may have about Mr. Paddock and his time with the company.”

The suspect had a pilot’s license but he was not up to date on his medical certification which he would need in order to fly legally, a federal official told CNN. The FAA website shows that the last time he went to get the medical certification required for private pilots who want to fly was February 2008, so he could not have flown legally recently.

A police search of Paddock’s home in Mesquite found weapons and ammunition, although authorities did not give a detailed description of the firearms.

Neighbors described Paddock as a loner, and that Ms. Danley was his girlfriend. Authorities say they don’t believe she was involved in the crime, but they want to speak with her when she returns to the U.S. (WT)

Paddock killed 59 people and injured hundreds of others when he opened fire on a Route 91 Harvest country music festival from the 32nd floor of the Mandalay Bay Resort and Casino.