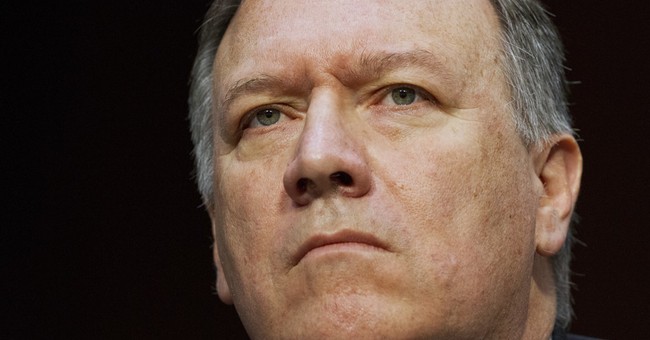 CIA Director Mike Pompeo issued a warning to al Qaeda on the 16th anniversary of the Sept. 11, 2001 terror attacks: their days are numbered.

"If I were them, I'd count my days," Pompeo told Fox News’s Bret Baier.

The agency’s currently got its sights set on the current leaders of the terror group, Osama bin Laden’s son Hamza and Ayman al-Zawahiri, a former confidant to the mastermind of 9/11.

"My team even as we sit here is working diligently to find them and bring them to justice," the former Kansas lawmaker said.

Pompeo said Al Qaeda's senior leadership is weaker than it was in 2001, but the threat from radical Islam remains since the rise of groups like ISIS.

"The U.S. government and our allies have done really good work to take out their senior leaders but the threat from radical Islamic terrorism remains and whether it is [the Islamic State of Iraq and Syria] or Ansar al-Sharia or any of the other couple of dozen groups that are out to do harm to America that threat remains and we as a nation must remain ever vigilant so that something like what happened 16 years ago today can never happen again," he continued.

When asked by Baier about former President Obama’s claim that ISIS was the “JV” team among terrorists, Pompeo said that’s “never been the case.”