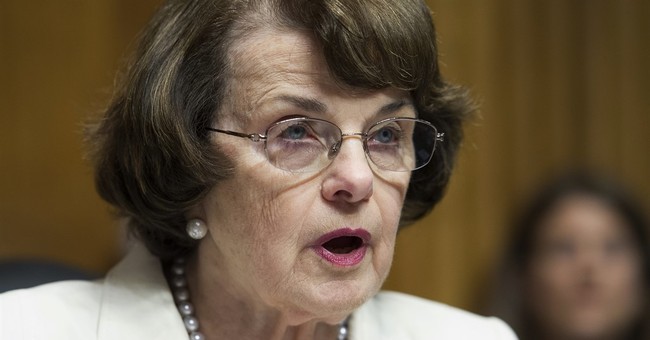 Before former President Obama announced the Deferred Action for Childhood Arrivals program, he insisted he couldn’t take unilateral action to protect the illegal immigrant minors from deportation. It was Congress, he said, that had to come up with a solution.

But after Congress failed to pass a legislative fix, Obama revisited the notion of acting on his own.

When he announced the program he said it was “not amnesty” nor was it immunity. “This is not a path to citizenship,” he added. “It’s not a permanent fix. This is a temporary stopgap measure.”

While most liberals are ignoring this pronouncement, Sen. Dianne Feinstein didn’t forget the program’s foundations.

Host Chuck Todd started out by asking the California Democrat if DACA is legal.

“DACA was executive order,” she replied. “Legal is what is the law of passage of something. You know, there are ten attorneys general prepared to sue. I don't want to get into that. The point is, DACA is here. And we've got 800,000 young people --"

But Todd interrupted, telling the senator her answer seems to suggest it’s “on shaky legal ground."

Feinstein went on to argue that the only way DACA recipients will be able to avoid deportation is through congressional action.

"Congressional action … must be our top priority," Feinstein said. "The DREAM Act — introduced by Senators Graham and Durbin to provide a path to citizenship for DACA recipients — deserves a vote as soon as possible."

"To DACA youth across the country, I say this is not over," she added. "I stand with you and your families. You are valued. Our country needs you. And I won't stop fighting to protect you."

Attorney General Jeff Sessions announced Tuesday that DACA would be “rescinded” with a six-month delay. This will allow Congress enough time to develop a legislative fix.