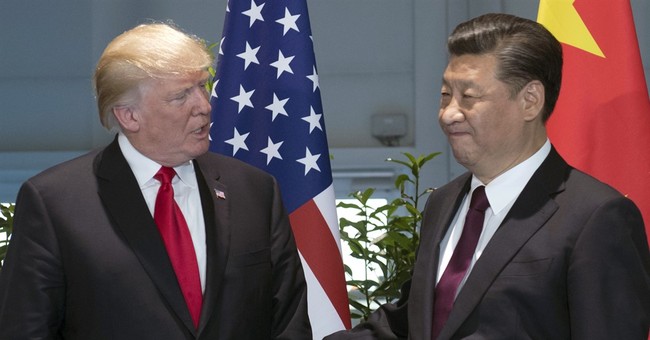 I will be meeting General Kelly, General Mattis and other military leaders at the White House to discuss North Korea. Thank you.

While Trump has vowed to never reveal military plans ahead of time, which would give the enemy advanced warning, he did say the U.S “is considering, in addition to other options, stopping all trade with any country doing business with North Korea.”

Significantly, this would include China, which is a major trading partner with the rogue regime.

Earlier in the day he said Pyongyang’s powerful nuclear test “has become a great threat and embarrassment to China, which is trying to help but with little success.”

He also called out South Korea for finding "that their talk of appeasement with North Korea will not work, they only understand one thing!"

The comments come after dictator Kim Jong Un tested a miniaturized hydrogen bomb with the capability of fitting on an intercontinental ballistic missile.

The Korean Central News Agency said the materials for the bomb were “homemade” allowing the country to produce as many as it wants.

Treasury Secretary Steve Mnuchin is recommending another round of tough sanctions.

“It’s clear that this behavior is completely unacceptable,” he said on “Fox News Sunday.”

"We've already started with sanctions against North Korea but I am going to draft a sanctions package to send to the president for his strong consideration,” he added. “There’s much more we can do economically.”