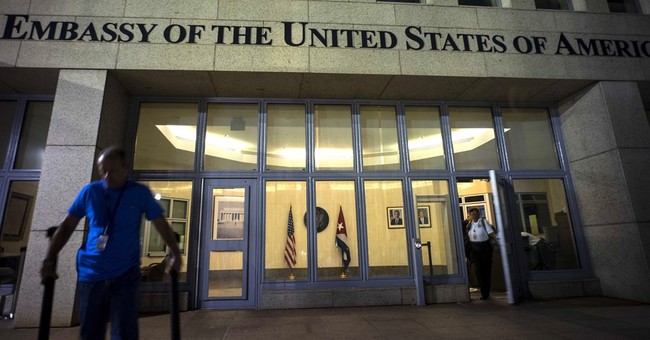 More U.S. and Canadian diplomats have been hurt by sonic attacks in Cuba than was initially reported.

CNN reported Sunday that more than 10 U.S. diplomats as well as their family members were treated for injuries from attacks that targeted diplomatic residences.

More than 10 US diplomats and family members received treatment after the months of harassing attacks, which began in mid-November 2016 and stopped this spring, said the US officials, who did not want to be identified because of the sensitive nature of the attacks and ongoing investigation.

In June, five Canadian diplomats and family members reported experiencing symptoms consistent with the attacks, the US government officials told CNN, which would mean further attacks were carried out at the same time Cuban officials were investigating the incidents. (CNN)

According to the report, the injuries were a result of “a sophisticated sonic weapon” that could not be heard and which caused immediate physical symptoms including headaches, hearing loss, and nausea.

Secretary of State Rex Tillerson called on the country to look into the matter.

"We hold the Cuban authorities responsible for finding out who is carrying out these health attacks on not just our diplomats but, as you've seen now, there are other cases with other diplomats involved," he told reporters in August.

One month later, the State Department expelled two Cuban officials from their embassy in the U.S. after diplomats reported their conditions.

Not surprisingly, Cuba has denied any wrongdoing but pledged to investigate the incidents.