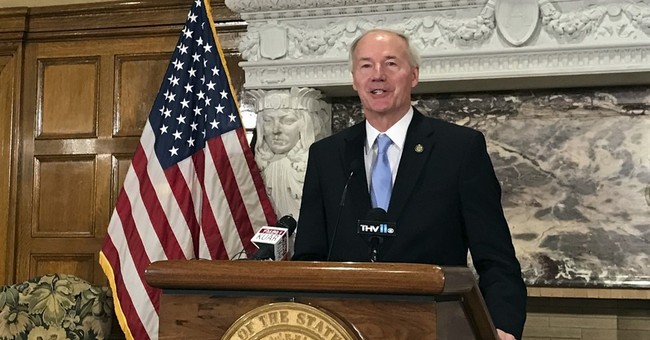 Three women—all Planned Parenthood patients—challenged the decision, arguing that the state violated their rights under the federal Medicaid law to choose any qualified healthcare provider that offered the services they were looking for.  U.S. District Judge Kristine Baker in Little Rock ruled in their favor, thus blocking the ruling.

The state appealed and by a 2-1 vote, the 8th Circuit Court of Appeals rescinded that decision Wednesday.

However, the 8th Circuit Court of Appeals ruled Wednesday that the lawsuit from the three patients was unlikely to succeed. An injunction must be issued based on the likelihood of success, and therefore the lawsuit against Arkansas should be lifted, the court ruled.

The appeals court found that the patients didn't have a federal right to sue to keep Planned Parenthood funded. It found that the Medicaid provision to offer quality health plans is directed only at the federal agency charged with approving state Medicaid plans. (Washington Examiner)

"This is a substantial legal victory for the right of the state to determine whether Medicaid providers are acting in accordance with best practices and affirms the prerogative of the state to make reasoned judgments on the Medicaid program," he said in a statement.

But Planned Parenthood has already vowed to challenge the decision, saying that the fight “is not over.”

"We will do everything in our power to protect our patients' access to birth control cancer screenings, and other lifesaving care," Raegan McDonald-Mosley, chief medical officer of Planned Parenthood Federation of America, said in a statement.