Murkowski Fires Back After Trump Singles Her Out Over Healthcare Votes 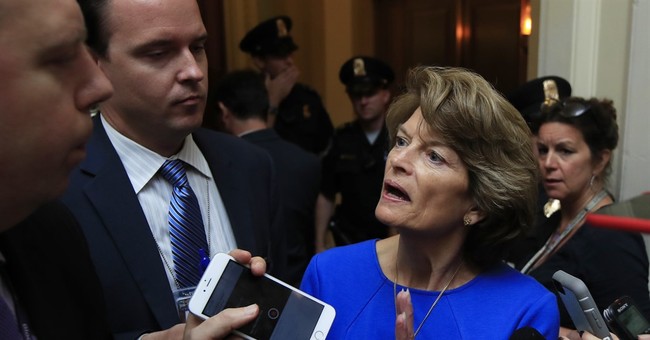 Sen. Lisa Murkowski fired back Wednesday saying she was more concerned with governing than reelection after President Trump targeted her on Twitter over her healthcare votes.

"Every day shouldn't be about winning elections," she said. "How about just doing a little bit of governing around here. That's what I'm here for."

Trump said the senator from Alaska “really let the Republicans, and our country, down … too bad!”

Senator @lisamurkowski of the Great State of Alaska really let the Republicans, and our country, down yesterday. Too bad!

Murkowski voted against the motion to allow debate on healthcare legislation Tuesday, saying she believes healthcare reform “should go through the committee process where stakeholders can weigh in and ideas can be vetted in a bipartisan forum.”

“I voted ‘no’ today to give the Senate another chance to take this to the committee process,” she added. “I still believe that’s the best route, but we will now have this debate on the open floor. We all recognize that we have much work to do to address the healthcare concerns in this country.”

She also voted against a repeal and replacement procedure later Tuesday.

Any concerns about reelection in 2022 are not on her mind, she said.

"Quite honestly, I don't think it's wise to be operating on a daily basis thinking about what, a statement or a response, that causes you to be fearful of your electoral prospects," she explained.