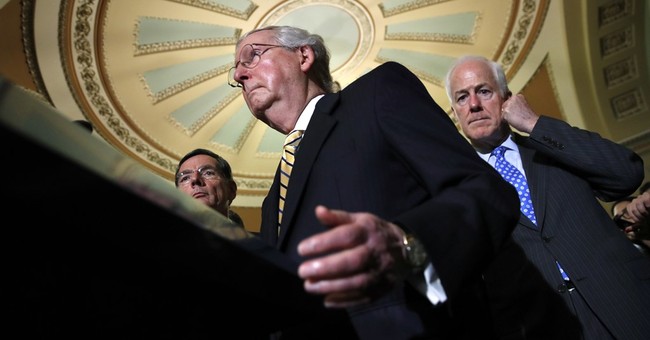 Hours after the Senate voted to begin debate on their healthcare overhaul, a proposal that would repeal Obamacare and replace it with a more restrictive plan failed to get the votes needed, with nine GOP senators defecting.

The fact that the comprehensive replacement plan came up well short of even 50 votes was an ominous sign for Republican leaders still seeking a formula to pass final health care legislation this week. […]

The Tuesday night vote was on a comprehensive amendment that included disparate proposals calculated to appeal to conservatives and moderates in the Republican caucus.

One proposal, offered by Senator Ted Cruz, Republican of Texas, would have allowed insurers to sell stripped-down health plans, without maternity care or other benefits required by the Affordable Care Act, if they also sold plans that included such benefits. […]

The amendment also included money to help pay out-of-pocket medical costs for low-income people, including those who buy private insurance after losing Medicaid coverage as a result of the Senate bill. This proposal was devised by Senator Rob Portman, Republican of Ohio, and other senators from states that have expanded Medicaid under the Affordable Care Act. (NYT)

The outcome was expected since the CBO never scored either the Cruz or Portman proposal, thus meaning 60 votes were needed. Cruz acknowledged that fact ahead of the vote, but seemed hopeful Republicans would be able to come to an agreement before a final vote this week.

"I will say the bill before the Senate ... is not likely to pass tonight but I believe at the end of the process the contours within it are likely to be what we enact, at least the general outlines," he said.