The 10 Most Popular Governors Are All Republican 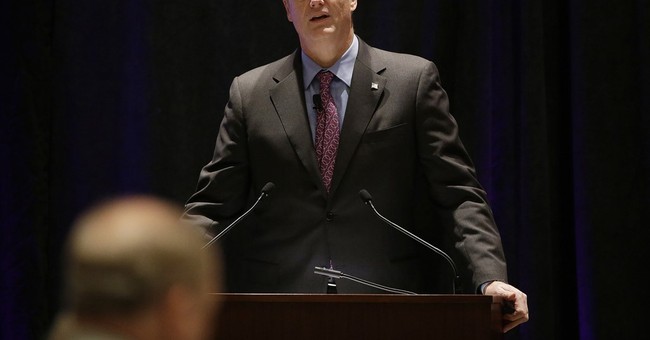 The 10 most popular governors in the country are Republicans, a new survey finds.

Republicans in blue states—Govs. Charlie Baker of Massachusetts and Larry Hogan of Maryland—are the two most popular governors, according to the Morning Consult poll. Baker’s approval rating stands at 71 percent, while Hogan’s is 68 percent. But they aren’t the only Republican governors leading Democratic states—Vermont Gov. Phil Scott and Nevada Gov. Brian Sandoval are also in the top 10.

Scott was just elected last year, while Baker and Hogan face voters again next year. Those two governors cosigned a bipartisan letter Tuesday urging the Senate not to repeal the Affordable Care Act, known as Obamacare, without immediately replacing it with another plan. Republican efforts to dismantle former President Barack Obama’s signature legislation fell apart Monday night, when two more senators announced they could not support the bill in its current form.

Those defections led Senate Majority Leader Mitch McConnell to announce he would move forward with a plan to repeal Obamacare and allow two years to formulate a replacement plan. Baker and Hogan, along with nine other governors, said such a move would be dangerous for their states.

“The Senate should immediately reject efforts to ‘repeal’ the current system and replace sometime later. This could leave millions of Americans without coverage,” the governors wrote. “The best next step is for both parties to come together and do what we can all agree on: fix our unstable insurance markets.” (McClatchy DC)

While Republicans took the top spots in terms of popularity, they were also seven of the 10 least popular governors in the country.

The survey of 195,000 registered voters was conducted from April 1 through July 10.