Trump: 'We Have Done More in Five Months Than Practically Any President in History' 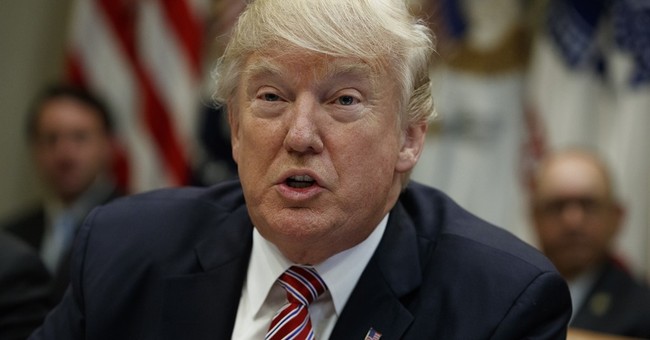 President Trump on Wednesday highlighted his administration’s accomplishments since taking office, telling Reuters “the mood in the White House is fantastic.”

“We have done more in five months than practically any president in history,” he added, noting military accomplishments, jobs numbers, the Supreme Court, and more.

"The stock market has hit a new high. Job numbers are the best they’ve been in 16 years. We have a Supreme Court judge already confirmed. Energy is doing levels that we’ve never done before," he said.

"Our military is doing well. We’re knocking the hell out of ISIS, which Obama wasn’t. There’s not a thing that we’re not doing well in. The White House is functioning beautifully, despite the hoax made up by the Democrats."

The president’s optimistic remarks come as controversy surrounds his son Donald Trump Jr.’s meeting with a Russian attorney during the presidential campaign. Trump Jr. was told she had damaging information on Hillary Clinton.

Trump has defended his son, tweeting this week that the criticism he’s faced is part of the “witch hunt.”

When asked during the Reuters interview whether he wished Don Jr. had not taken the meeting, the president brought up the fact that this was before Russia hysteria took over Washington and said his political opponents would’ve done the same thing.

“Most of the phony politicians who are Democrats who I watched over the last couple of days – most of those phonies that act holier-than-thou, if the same thing happened to them, they would have taken that meeting in a heartbeat,” he said.

Wait...Those Are the Words the Waukesha Christmas Rampage Used to Describe the Coverage of His Crime
Townhall
'All theater. 100% of it': President Biden -- who is sick -- is reportedly out for dinner without a mask
Twitchy
With 'Yes' Votes on a Federal Vaccine Database, 80 Republicans Want to Seal Your Fate—Seal Theirs and Vote Them Out
Redstate
40 Years Ago, Monty Python Predicted (and Mocked) Wokeness
PJ Media