Hawaiian-themed Restaurant Closes Its Doors Amid Accusations of Cultural Appropriation 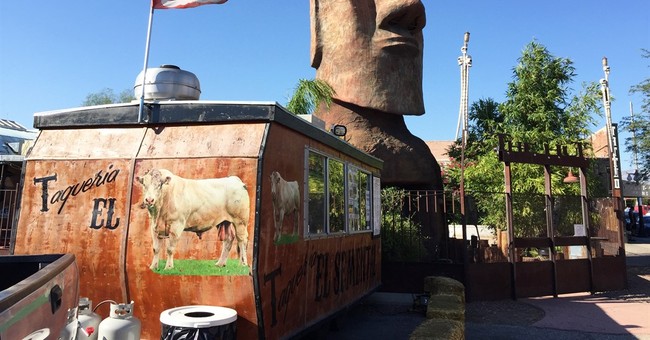 The social justice warriors have struck again. This time against a restaurant owner in Oregon who dared to open a Hawaiian-themed establishment.

Cloud Davidson closed The Hapuna Kahuna Tiki Bar & Kitchen only weeks after it opened because critics accused him of cultural appropriation.

The business owner claims he opened the restaurant because he spent much time in Hawaii in his youth visited family who lived there. “A lot of this has to do with family. That was a big part of my childhood.”

According him, however, locals of Polynesian ancestry and the Oregon State University Asian and Pacific Cultural Center criticized his newly-opened venue, pointing out how he used a Hawaiian name, displayed traditional iconography in a cartoonish way, and handed out Hawaiian leis to customers. […]

As well as the complaints about the decorations, some grumbled that the venue didn’t sell authentic Hawaiian food.

Davison has apologized on Facebook, pledging to remove the culturally insensitive decorations from the restaurant. (Heat Street)

“I unintentionally made a mistake and I’m very sorry,” Davidson told The Corvallis Gazette-Times on Friday.

“I’m very sympathetic to the issues that were brought up to me. And I’m not for a moment going to tell a person of color that they’re wrong for how they feel,” he added.

The restaurant owner plans to reopen the establishment as a bar and an extension of another area in the building he owns.

This instance marks the second time in recent months a restaurant has been forced to close over cultural appropriation accusations. In May, owners of a Portland burrito shop shut its doors after critics slammed them for stealing their tortilla recipe from Mexico.