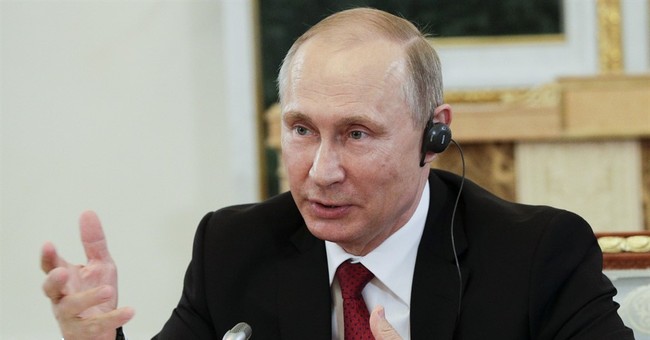 Russian President Vladimir Putin denied Thursday that the government was involved in any hacking.

"We don't engage in that at the state level," he said at a meeting with senior editors of top international news agencies, the Associated Press reports.

While he acknowledged that lone “patriotic” hackers could carry out attacks, “no hackers can influence election campaigns in any country of Europe, Asia or America,” he said.

The comments come after the Justice Department appointed a special counsel to investigate Russian meddling in the election.

President Trump has called the Russia investigation a “witch hunt” and said this week that the Russians must be amused be what’s going on.

“Russian officials must be laughing at the U.S. & how a lame excuse for why the Dems lost the election has taken over the Fake News,” he tweeted Tuesday.

Putin also said the “Russo-phobic hysteria” is making it difficult to carry on a working relationship with U.S. officials.

“It’s having an impact, and I’m afraid this is one of the goals of those who organize it are pursuing and they can fine-tune the public sentiments to their liking trying to establish an atmosphere that is going to prevent us from addressing common issues, say with regard to terrorism,” he said.