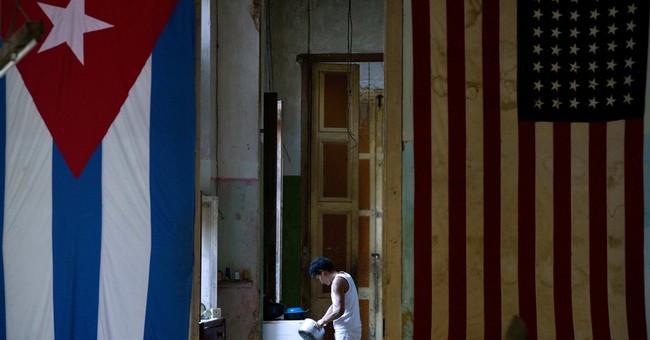 President Trump is set to roll back a series of policies former President Obama put in place toward Cuba, according to a report from the Daily Caller.

The changes regarding the policies will be announced in a June speech in Miami, the U.S.-Cuba Trade and Economic Council said in the report.

Obama, who became the first U.S. president to visit Cuba in almost a century last year, put in motion a series of policies to thaw relations with the Communist island nation, which had been a strategic burden throughout the Cold War.

While Obama was able to soften regulation on some kinds of trade, business and travel, Congress has refused to lift the 57-year-old embargo.

The Trump administration had put the Cuba policy under review upon taking office.

Rubio and Diaz-Balart have spoken confidently about the prospect of a reversal of policies toward Cuba under Trump.

Diaz-Balart said he is “1,000 percent sure the president is going to deliver on his commitment,” The National Journal reported last week. “I have no doubt that you’re going to see in short order a different policy,” he added.

And back in March, Rubio tweeted that he’s “quite confident” the president will “treat [Cuba] like a dictatorship.”

Another Republican Leader Comes Out in Support of Liz Cheney Ouster
Rebecca Downs
Montana Becomes Latest State to Protect Young Women in Sports
Rebecca Downs
Canadian Pastor Arrested and Dragged Off by SWAT Team on Busy Highway for 'Inciting' People to Go to Church
Rebecca Downs
Here's Why the Liberal Media Got Scalped With Their Rudy Giuliani Coverage
Matt Vespa
Dr. Fauci: 'I Hope' We'll Be 'Normal' By 'Next Mother's Day' with 'Some Conditions'
Rebecca Downs
ICYMI: Charges for Hundreds of Rioters Have Been Dropped
Katie Pavlich
CARTOONS | Steve Breen
View Cartoon
Most Popular