Rice: Trump Admin ‘Doing as Well as Anybody Could’ on North Korea 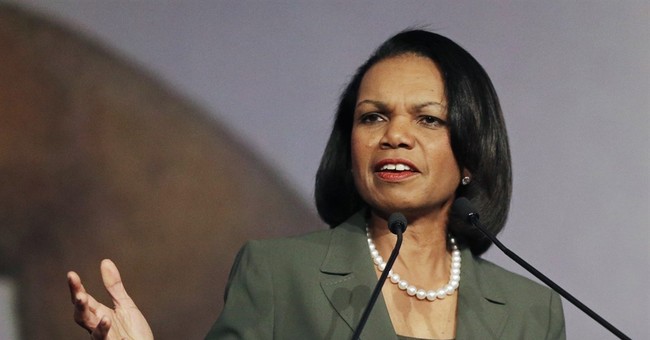 Former Secretary of State Condoleezza Rice said the Trump administration is “doing as well as anybody could” in dealing with reigning in North Korea’s nuclear program.

“I think they’re doing as well as anybody could, this is just a really hard problem,” Rice said during an appearance on MSNBC’s “Morning Joe.”

Rice, who’s been making appearances on cable news programs while promoting her new book, also offered some praise for the way the administration is trying to pressure China on the North Korean situation.

“They’re trying to change the Chinese calculus. That’s really an important thing to do,” Rice noted.

“I think what the Trump Administration is trying to say to the Chinese. ‘All right, that’s not your choice anymore. Your choice is do the tough things with the North Koreans or we will have to do something,’” Rice said, “because no American president is going to let a reckless slightly unhinged North Korean leader get a nuclear weapon capable of reaching the United States.”

.@CondoleezzaRice weighs in on North Korea & the nuclear threat https://t.co/2foiJywmzw