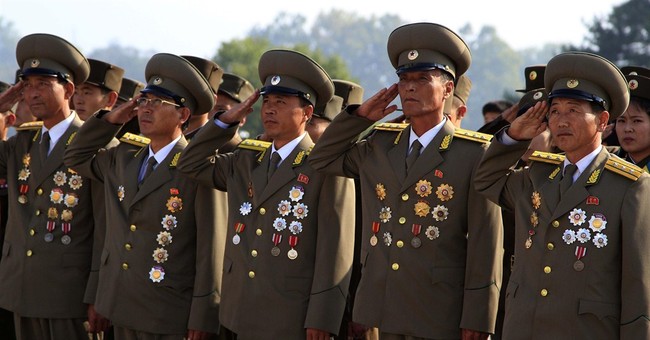 North Korea conducted a massive live-fire drill Tuesday with up to 400 artillery pieces to celebrate the 85th anniversary of the founding of the country’s army.

South Korea said it is keeping a close eye on the North's military activities.

The drill comes as tensions in the region are already heightened.

The U.S. told the rogue regime this week to stop its “destabilizing actions and rhetoric.”

The entire Senate has been invited to the White House for a briefing Wednesday on the situation in North Korea. Updates will be provided by Secretary of State Rex Tillerson, Secretary of Defense Jim Mattis, Chairman of the Joint Chiefs of Staff Gen. Joseph Dunford and Director of National Intelligence Dan Coats.