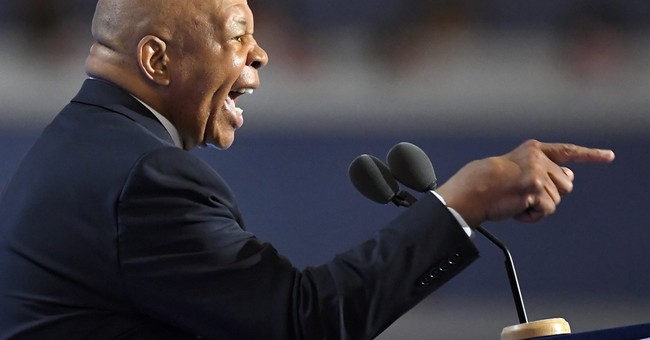 House Intelligence Chairman Devin Nunes caused quite the political dustup Wednesday when he announced that not only were members of the Trump transition team monitored by the intelligence community under former President Obama, but that he’d be personally briefing the president about it.

Former chief counsel for the committee called his meeting with Trump “horrifying” and a “true breakdown in the entire oversight process.” Top Democrats apparently feel the same way, leading some to demand answers about Nunes.

In an interview on CNN’s “New Day,” Rep. Elijah Cummings (D-Md.) called for an investigation of the chairman for bypassing the panel to personally brief Trump on the matter.

"They are privileged to information that most members of Congress may never see and so you expect them to be extremely confidential," he said.

"What he did was basically to go to the president, who's being investigated, by the FBI and others and by the intelligence committee, to give them information."

Nunes said Wednesday that he had learned information about members of Trump’s transition team were “incidentally collected” by the intelligence community and then “widely disseminated” internally.

Cummings also told the network that Nunes “put a cloud over his own investigation” and that “he has become the subject basically, he should be, of an investigation. It’s a real problem.”