GSA: Trump's DC Hotel Does Not Pose Conflict of Interest 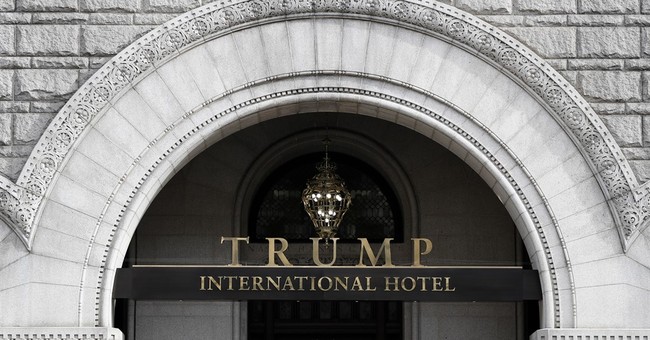 Democratic lawmakers asked the GSA to look into the matter, after critics argued it may violate federal rules that bar elected officials from being part of a lease on federal property.

The hotel is located in the Old Post Office near the White House, and the Trump Organization rents the space for the hotel from the GSA.

But lawyers for the hotel said the claim that President Trump is both landlord and tenant has no merit.

In a letter from GSA contracting officer Kevin Terry to the president's son Donald Trump Jr., the GSA said the issue had been resolved by the younger Trump taking over as head of the company that runs the hotel and by changes to its internal operating agreement.

The agency said the company, the Trump Old Post Office LLC, was in full compliance with the section of the lease prohibiting elected federal officials from having any part of it.

The hotel on Pennsylvania Avenue has become a rallying point for anti-Trump protesters.

The Trump International Hotel said in a statement it was pleased with the outcome.

"We would like to thank the GSA for their diligent review of this matter," the statement said. "We are immensely proud of this property and look forward to providing our guests with an unrivaled luxury experience for years to come."

Others weren’t convinced, however.

"Forget about all these corporate entities and trustees and the games they want to play," Painter said. "Follow the money. The money is going to him."