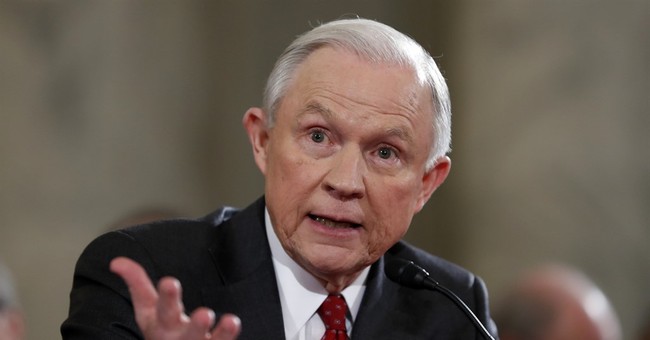 Sessions had spoken privately with Russian Ambassador Sergey Kislyak in his capacity as senior member of the Armed Services Committee, and also encountered Kislyak again at a Heritage Foundation event when Kislyak was among a group of ambassadors who approached Sessions when he stepped down from the podium.

As part of his confirmation process, Sen. Patrick Leahy posed a series of written questions to Sessions, among them was whether the then-senator had “been in contact with anyone connected to any part of the Russian government about the 2016 election, either before or after election day.”

He also was asked during his confirmation hearing by Sen. Al Franken about what he would do if he learned that anyone in the Trump campaign communicated with Russia during the 2016 campaign.

“I’m not aware of any of those activities,” he responded, adding, “I have been called a surrogate at a time or two in that campaign and I did not have communications with the Russians.”

Misleading the Senate in sworn testimony about one own contacts with the Russians is a good way to go to jail https://t.co/qH0s6sTMJ9

I spent two hours with the Congressional Black Caucus today discussing Russian attacks on the US. Does AG Sessions have anything to say?

A spokeswoman for Sessions said there was nothing misleading about his answer since the question concerned communications between the Trump campaign and Russia, not about meetings as a member of the Armed Services Committee.

Sessions also responded late Wednesday saying, he “never met with any Russian officials to discuss issues of the campaign. I have no idea what this allegation is about. It is false.”