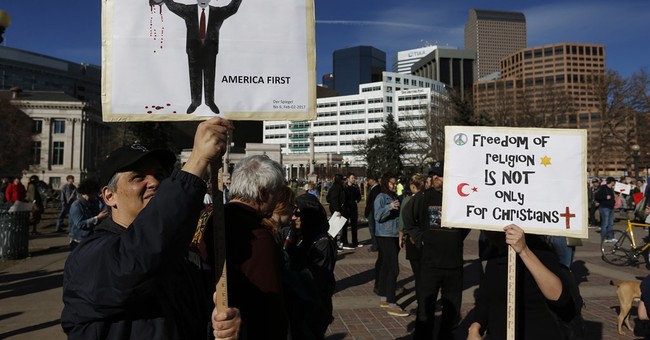 Thousands of protesters will gather in cities across the nation Monday to protest President Donald Trump on Presidents Day.

“Donald Trump stands against the progress we have worked hard to enact,” Facebook descriptions of the events read. “He does not represent our interests. He was voted in by a minority of the American public but governs as if there's no resistance. But there is — and on February 20th, we will honor previous presidents by exercising our constitutional right to assemble and peacefully protest everything Donald Trump stands for.”

More than 47,000 people said they were interested in attending the New York City event Monday, while tens of thousands of others said they would be going to protests in Chicago, Los Angeles, Washington, D.C., and Baltimore, among other cities.