Trump on Extreme Vetting: We're Not Going to Gamble With American Lives 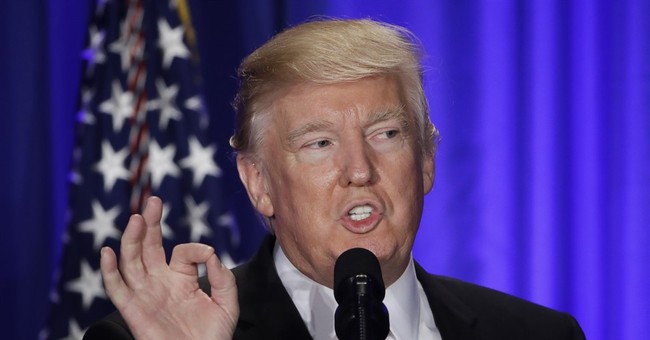 In an interview with Fox News’ Sean Hannity, President Trump defended his administration’s plan to temporarily halt visas and refugee applications from terror hot spots like Syria, Iraq, Iran Libya, Somalia, Sudan, and Yemen, saying that it’s in the interest of American security.

Hannity then asked what would happen if it’s nearly impossible to determine whether someone is safe to come in.

“If you can’t positively ascertain they’re safe and find out what’s in their heart, does that mean no-go?” he asked the president.

“We don’t want to have gambles, our country has a lot of problems, well beyond this,” he said.

"Right now, the FBI has over 1,000 [terrorism] investigations going on … and these are people that we let in," he continued. "We don’t need this. Some people have come in with evil intentions. Most haven’t, I guess, but we can’t take chances."

Trump is expected to sign an executive order that would halt the U.S.’s broader refugee program for 120 days and prohibit citizens from the aforementioned countries from obtaining U.S. visas for at least 30 days.