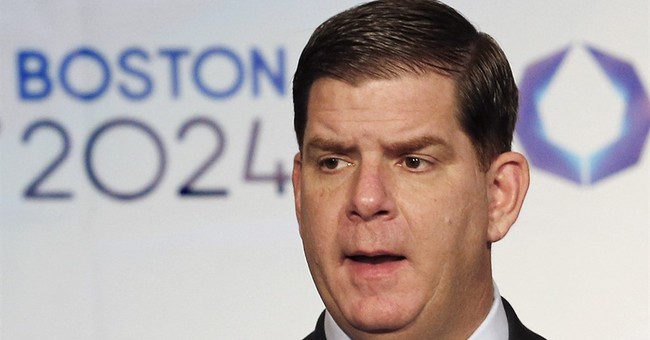 In the wake of Donald Trump’s executive order to halt federal funding for sanctuary cities, Boston Mayor Martin Walsh said he will do everything in his power to protect the city’s illegal immigrants, including opening City Hall’s doors to shelter them if need be.

"If the people want to live here they'll live here, they can use my office, they can use any office in this building," Walsh said, pledging to help illegal immigrants who are “targeted unjustly.”

“Any place they want to use, they can use this building as a safe space,” he added.

“You are safe in Boston.”

While the mayor was unsure of what federal aid the executive order would cut, he said it didn’t matter, that he would uphold his pledge even in the face of losing funds.

And as to whether he’d prevent federal authorities from coming into City Hall, Walsh said, “We’ll see what happens.”