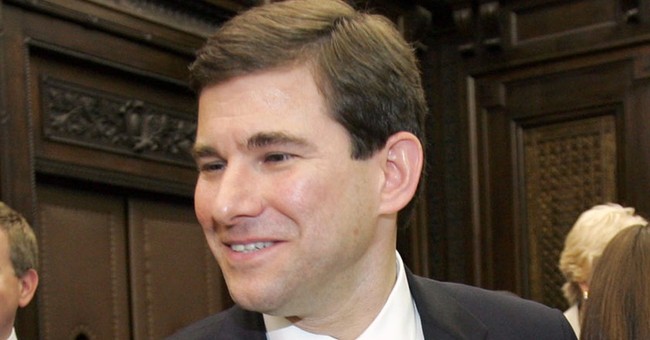 President-elect Donald Trump met with Judge William Pryor of the 11th U.S. Circuit Court of Appeals on Saturday. Pryor is said to be the frontrunner for the vacant Supreme Court seat.

Trump announced at his press conference last week that meetings for the SCOTUS seat are underway and that he expects to announce a nominee within two weeks of Inauguration Day.

Pryor, who was appointed by President George W. Bush, is a favorite among conservatives. Here’s a bit of background on him from the SCOTUS Blog:

Pryor, 54, earned his B.A. from Northeast Louisiana University in 1984 and his J.D. from Tulane University Law School 1987. Pryor clerked for Judge John Minor Wisdom on the U.S. Court of Appeals for the 5th Circuit and then worked as a private attorney until 1995. He served for two years as deputy attorney general of Alabama before becoming attorney general in 1997. As attorney general, he became known for his removal of Alabama Chief Justice Roy Moore for Moore’s refusal to follow a federal court order to remove a Ten Commandments monument from the state Supreme Court building.

President George W. Bush nominated Pryor to the 11th Circuit in 2003, but the nomination stalled after Senate Democrats criticized Pryor for several incidents. While serving as attorney general, Pryor wrote a brief in defense of the Texas law banning sodomy that was later struck down in Lawrence v. Texas. Additionally, Pryor has called Roe v. Wade the “worst abomination in the history of constitutional law.” Bush eventually appointed Pryor to the appeals court during a congressional recess in 2004, and he was later confirmed by the Senate by a vote of 53-45.