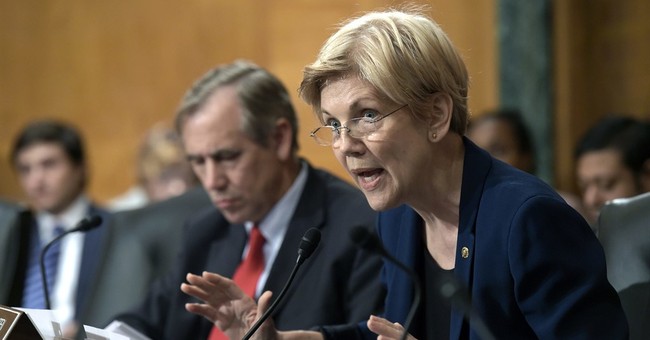 Sen. Elizabeth Warren and Dr. Ben Carson sparred during his Senate confirmation hearing to lead the Department of Housing and Urban Development Thursday over how taxpayer money would be used in building low-income homes.

Warren repeatedly pressed Carson over whether he could assure the American people that not a single taxpayer dollar would go towards contracts with any real estate companies linked to the president-elect.

“Can you assure me that not a single taxpayer dollar you give out will financially benefit the president-elect or his family?” Warren asked Carson.

The retired neurosurgeon promised he would not “play favorites.”

“I can assure you that the things that I do are driven by a sense of morals and values,” he said.

“It’s not about your good faith,” she replied. “My concern is whether or not, among the billions of dollars you will be responsible for handing out in grants and loans, can you just assure us that not $1 will go to benefit either the president-elect or his family?”

.@SenWarren asks Dr. Ben Carson: "Can you just assure us that not one dollar will go to benefit either the President-elect or his family?" pic.twitter.com/lSyur2AYik

“It will not be my intention to do anything to benefit [Trump],” Carson said.

Warren fired back: “Do I take that to mean you may manage programs that will significantly benefit the president-elect?”

“You can take it to mean that I will manage things in a way that benefits the American people,” Carson said.

Carson went on to argue that he would make decisions that would be in the best interest of all Americans—even if that meant working with a company tied to Trump.

“If there happens to be an extraordinary program that’s working for millions of people, and it turns out that someone that you’re targeting is going to gain $10 from it, am I going to say, ‘No, the rest of you Americans can’t have it?’” he said. “I think logic and common sense probably would be the best way.”

“The problem is that you can’t assure us that HUD money — not of $10 varieties but of multimillion-dollar varieties — will not end up in the president-elect’s pockets,” Warren responded.

Trump has an interest in at least one low-income hosing development — Starrett City — which Brown said posed an inherent conflict for the new leader of HUD.

Starrett City is a massive development in Brooklyn that sends Trump millions in revenue through rent. In his financial disclosures filed as president, Trump lists his 4 percent share in the asset as being worth between $5 million and $25 million.

Brown pressed Carson to stay in contact with the committee if he — or anyone at HUD — has communications with anyone in the Trump Organization or the White House about development projects.

Carson said he would be happy to set up a process that identifies conflicts.