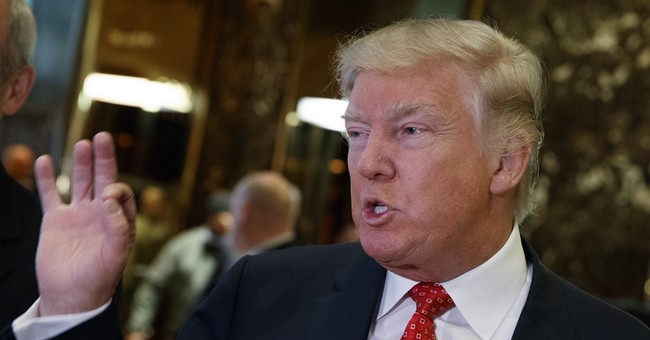 A judge ruled that President-elect Trump cannot be sued for defamation by a political consultant who argued her reputation was ruined when the then-GOP nominee called her a “dummy” on Twitter.

The ruling by Manhattan state Supreme Court Judge Barbara Jaffe, made public Tuesday, said that while the tweets about GOP consultant Cheryl Jacobus were “rife with vague and simplistic insults,” the First Amendment protects the opinions Trump expressed.

Jaffe wrote in the 20-page decision that the tweets would not prevent her from doing her work as a consultant and political commentator, even if the tweets were meant to “belittle and demean” the plaintiff.

Jacobus’ lawyer, on the other hand, vowed to appeal the decision, saying that the decision effectively gives “now President-elect Donald Trump a free pass to trample on the free speech rights of any critic.”

The case has its roots in a February appearance Jacobus made on CNN, in which she said the Republican candidate’s presidential campaign had not been transparent about its financing.

Jacobus had previously had two meetings with then-Trump campaign manager Corey Lewandowski in the summer of 2015 about a possible job with the campaign. And though no job offer was ever made, both Mr. Trump and Lewandowski publicly attributed Jacobus’ criticisms to her lack of employment with the campaign.

Mr. Trump tweeted that Jacobus had “begged us for a job. We said no and she went hostile,” calling her “a real dummy.” Days later he tweeted that she was a “major loser, zero credibility!”

Jaffe wrote that because Trump's comments came after Jacobus publicly criticized him, the exchange “signals to readers that plaintiff and Mr. Trump were engaged in a petty quarrel.”