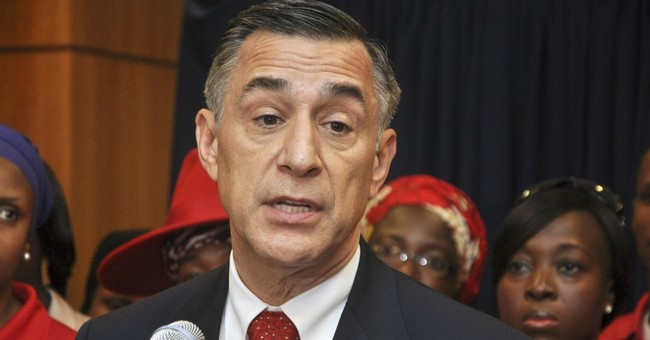 House Republicans passed legislation Wednesday that would give Congress the power to overturn dozens of recently enacted regulations with a single vote.

The Obama administration rammed through $44 billion worth of regulations since Donald Trump was elected in November—but this legislation would put an end to ‘midnight rules,’ or those rolled out in the last 60 legislative days of an outgoing administration.

"Because outgoing administrations are no longer accountable to the voters, they are much more prone to issue midnight regulations that fly in the face of the electoral mandate the voters just gave the new, incoming administration," said House Judiciary Committee Chairman Bob Goodlatte ahead of the vote. "Waves of midnight rules can also be very hard for Congress or a new administration to check adequately."

The bill specifically amends the Congressional Review Act to permit Congress to retrieve the ability to effectively curb numerous regulations crammed through the regulatory process in the last days of an outgoing administration all at once. The legislation is designed to stifle a growing trend by presidents to use their final few months in office to hurry through costly, expensive or controversial new regulations.

“This is about accountability, transparency and ensuring job creators aren’t being crushed by droves of new regulations just before a President leaves office. Regulations, when necessary, should be implemented with time for a thorough public vetting and input from those impacted,” Rep. Darrell Issa, lead sponsor of the bill, said in a statement. “I’m thrilled at the House’s quick passage of my bill and look forward to it becoming law so we can start the process of removing unnecessary regulations and helping Americans get back to work.”

The Senate will soon take up companion legislation, but it could be more difficult to pass given that eight Democratic votes will be needed.