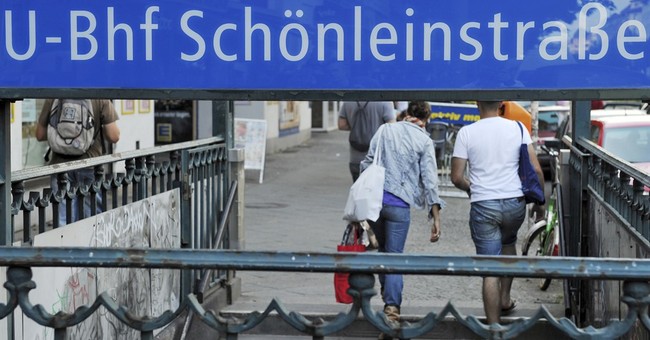 Seven refugees were arrested Tuesday morning in Germany after a homeless man in a Berlin subway station was set on fire.

The men who are suspected of setting the sleeping victim ablaze range in age from 15 to 21. Six of the suspects are from Syria, and one is from Libya.

Thomas Neuendorf, the vice chief of the press office at Berlin Police, told Bild that detectives believe the 21-year-old to have been the main perpetrator.

He, along with his alleged accomplices, were arrested on yesterday.

After torching the homeless man, the suspected assailants hopped onto a train to make their getaway.

CCTV footage captured them watching and laughing as the man was burning on the platform.

It appeared they were celebrating, according to local press.

Remarkably, the victim escaped almost unscathed, thanks to the rapid intervention of several witnesses.

The attempted murder comes on the heels of a terrorist plowing a truck through a crowd at a Christmas market in Berlin, which killed 12 and injured 48 others. ISIS took responsibility for that attack.