If This Poll Is Any Indication, Obama Will Leave Office With One of His Highest Approval Ratings 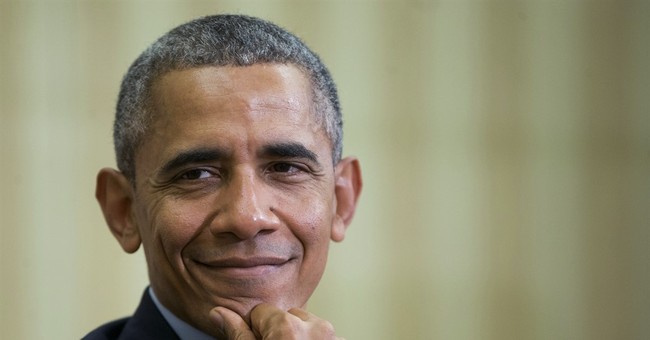 With just weeks left in his presidency, Barack Obama will leave office with a majority of Americans approving of his job performance.

According to a McClatchy-Marist poll released Tuesday, 55 percent of registered voters approve of the way Obama is doing his job as president—the highest it’s been since August 2009, when he received the same approval rating. Forty-two percent of respondents said they disapprove of his job performance, while 3 percent were undecided.

“For all the partisanship and bitter battles during the last eight years, President Obama is receiving strong send-off numbers,” said Dr. Lee Miringoff, director of the Marist College Institute for Public Opinion.

Obama’s highest approval rating of 56 percent came in April and June of 2009.

But the poll found opinions were mixed when it came to how he will be remembered after he leaves office.

Another 28 percent ranked him as "average," while 14 percent said "below average" and 17 percent said “one of the worst.”

The poll of 873 registered voters was conducted Dec. 1-9 over landline and cell phones. The margin of error is 3.3 percentage points.